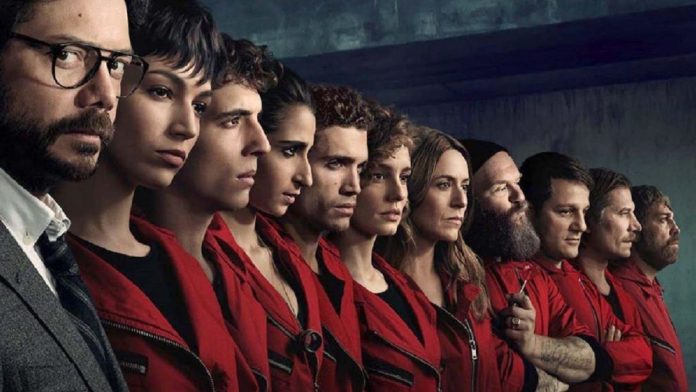 La Casa de Papel, one of the most popular productions of Netflix, has returned to us with its 4th season. The publication of the new season of the series, which we accompanied one of the greatest theft plans in history, caused Netflix to collapse for a short time.

Netflix, the world’s most popular online TV show and movie platform, has brought dozens of TV shows and movies to our lives. Standing out with its original productions as well as the licensed productions, the platform put its signature under the productions that made a worldwide sound. Perhaps the most popular of these productions was La Casa de Papel.

La Casa de Papel entered our lives in 2017. In a short period of time, Netflix subscribers began to intensely speak the series. La Casa de Papel, which gained worldwide fame in a short time, managed to become one of the most watched productions of Netflix. This popular series is back on screen with its fourth season today.

La Casa de Papel is actually an ordinary series of robberies. The aim of the first season of the series was the robbery of the Spanish Royal Mint. Professor, who was the head of the robbery, worked for a long time in order to be the greatest thief in history and brought together the best thieves of the country. The first two seasons ended with the successful conclusion of this theft story Netflix subscribers watched in one breath.

Netflix subscribers thought that the changing lives after the robbery will be told in the third season of the series. Despite this, it was not expected and the team decided to run a new theft plan in the third season. This time, however, things did not go well, and the second robbery was interrupted with a significant loss. The professor couldn’t do what he wanted this time, he had lost his great love, Raquel Murillo, to the police.

The fourth season of La Casa de Papel, which Netflix subscribers look forward to, has taken its place on Netflix as of now. In other words, Netflix subscribers now have the opportunity to learn the final result of this robbery, which has been cut in the third season. However, the release of the new season of La Casa de Papel affected Netflix’s access, albeit for a short time.

Netflix collapses with the release of La Casa de Papel’s fourth season
The coronavirus epidemic, now the world’s number one agenda item, has imprisoned more than 1 billion people in their homes. As such, people are turning to platforms like Netflix to spend time at home. The release of the last season of La Casa de Papel, one of the most popular series in the world, also created an excessive demand for Netflix servers. Millions of subscribers trying to log in to the platform caused Netflix to crash.