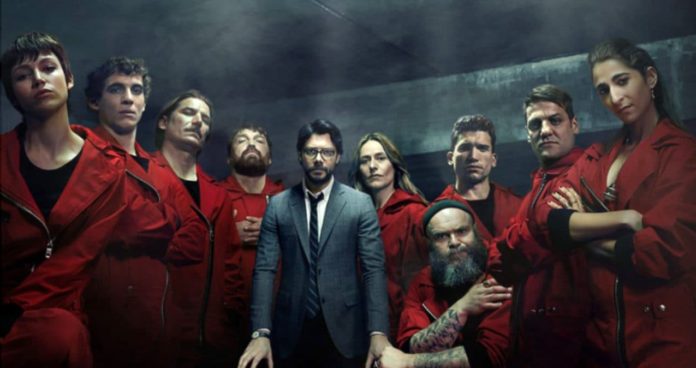 The 4th part trailer of La Casa de Papel, which gained the appreciation of the audience with its actor and the action it contains, was published. From the trailer of the series, which will be released on April 3, we understand that the war is just beginning. The series seems to have lost nothing of excitement.

News from La Casa de Papel, one of the most popular TV series of Netflix, will please fans. After a long wait, the fans met with a brand new trailer.

New people were included in the team last season, and viewers had unexpected surprises. While there should never be any love in the team, of course, the account at home did not fit in the market and love started to occur among the team members. Especially the love between the professor and the inspector made the series more exciting because the inspector changed sides. One of the new characters in the series was the new inspector. The character of the newly arrived inspector was spoken quite often on social media, and most viewers said that he did not like the character.

As we understand from the new trailer, chaos continues and the new inspector invites the former inspector with his relationship with the professor and collaborates. While all this is happening, the shooting of Nairobi puts the team in greater stress. We are looking forward to what is waiting for the crime team that fights both outside and inside. La Casa de Papel’s new season Netflix was published in Turkey’s official account. Do not forget to share your opinions about the new season with us.

Joker: back on this famous scene full of special effects!

Kylie and Kris Jenner recreated this KUWTK scene on TikTok