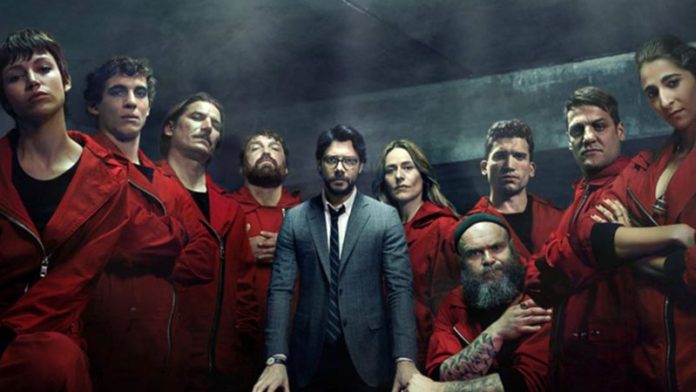 The 4th Season of La Casa de Papel, which is followed with great curiosity in our country as well as in the world, will be broadcast on Netflix at 10 am tomorrow. The popular platform Netflix shared the names of 8 episodes in the new season in a post that it will please the fans of the series.

Cast and acclaimed action series hosted by La Casa de Papel has become clear with a share of 4 sections made from Netflix, Instagram account names in Turkey Season. Many comments came to the names shared with the note “How will I sleep tonight …” to explain the excitement. The names of the episodes of the expected season are listed as follows: Game Over, Berlin’s Wedding, Anatomy Lesson, Paso Doble, 5 Minutes Ago, Technical Knockout, Hitting the Tent and Paris Plan.

Many people thought that new episodes would not come before the 4th episode of the Spanish-made series, which attracts attention with the red overalls and Dali mask in every season. With the 4th episode to be released on April 3, 2020, the first 2 seasons of the series were broadcast on a channel in Spain, and the 3rd and 4 episodes that Netflix preferred to be named as Netflix Original Content.

Coming back at the same pace
After her new trailer, which was released in the past weeks, her fans were commented that the series has not lost anything from the excitement. In the last part, with the surprises that surprised the new people and the audience, the desired audience was caught and quite good reactions were encountered. The series, in which all the characters have a separate fan base, did not hesitate to be among the top productions that are frequently spoken in social media.

It is understandable from the chapters of the 4th chapter, which is clear today, that chaos and action will continue at full speed. Some people have already started to make content predictions based on episodes, which contain some hints that the followers will know well. Let’s not forget that the third part of the series has received 44 million views only in countries where English is not spoken to explain how big the audience has. We also wonder what reactions the expected new part will get and how it will reach the number of views. We will continue to convey new news about the popular series.