Home Entertainment La Casa de Papel: who is the biggest fan of the series?... 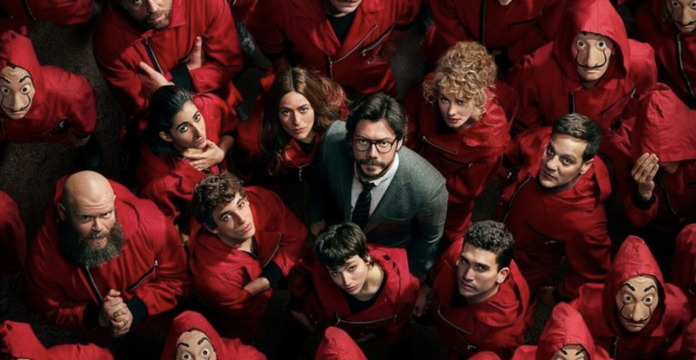 While waiting for the release of part 2 of season 5 of La Casa de Papel, whose release date is set for December 3, 2021, Netflix has just organized a competition. The goal? Find the biggest fan of the series in France.

You do not have the eye to detect the slightest false connection in a series? Are the inconsistencies completely overwhelming you? WTF and totally abused scenes make you more kiff than bitch? No doubt, you are a fan of La Casa de Papel. Nevertheless, are you THE biggest French fan of the Spanish series?

That’s good, that’s precisely the question Netflix is ​​asking itself. And to find out, the streaming site has just launched a huge contest at the following address: https://www.lcdp-leplusgrandfan.com. His goal ? Discover the ultimate passionate “for whom the plan of Paris has no secrets, who knows the life, the personalities of all the members of the gang. A man or a woman who could even compete with the Professor on the knowledge of every nook and cranny of the Bank of Spain “.

The winner chosen after different trials

For now, we don’t know at all what there is to gain here. A meeting with the actors? A robber’s outfit? An exclusive screening of part 2 of season 5, who will be the last? You will have to wait to get the details. Nevertheless, we already know that the volunteer candidates will face a real obstacle course to hope to win this honorary title.

Indeed, it is a “series of events that will challenge [the] skills, [the] passion and [the] mentality” of the participants that will be implemented in the coming weeks. And while the first step, already available, consists of a simple timed quiz consisting of 20 questions, the last step will see the selected finalists “participate in an incredible immersive game entirely designed by the Professor”.

So, ready to take on the rest of France to prove your love for Tokyo? Good luck. And if you ever lose, we still have good news: the last episodes of La Casa de Papel will be online on December 3rd!