Home News La Casa de Papel : Why is Tokyo the narrator of the... 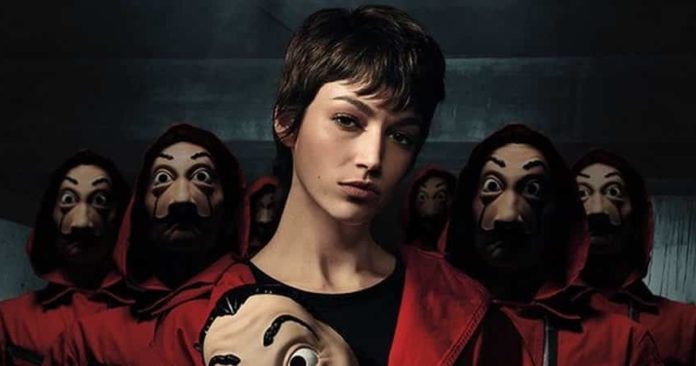 A question torments fans of La Casa de Papel. Why was Tokyo chosen to narrate the course of events?

With a season 4 of madness, La Casa de Papel stands out as the essential series of the moment. However, many mysteries revolve around the cast, including Tokyo, robber and narrator of the story.

Will Tokyo be the only survivor of the grand finale of La Casa de Papel ? In any case, what fans of the series assume.

In fact, since the first episode, the suave voice of the robber has led the public through the seasons . In a video posted on the Instagarm page of Vancouver Media, Alex Pina then gave big clues. The creator of La Casa de Papel tells us more about the choice of the one that tells the story .

“In the first versions of the script we had, the narrator was the Professor “.

“It was a bit self – absorbed to talk about a plan, her wonderful plan, a perfect plan, when she was the one speaking.”

THE DOUBLE ROLE OF TOKYO IN LA CASA DE PAPEL
The creator of La Casa de Papel then explained the reasons for his choice. “Speaking in the first person was at odds with his own personality .”

“It had to be someone else!” We chose a feminine look to tell the whole story. ”

“We wanted the burglary to be very emotional . A flight is something very cold, very masculine ”.

“This is why we chose Tokyo. We spent a lot of time thinking about who it would be. This narrator who, in the end, is omniscient ”.

“She was a narrator who knew everything about all the characters and I did it from a very distant place. You will see what it is ”.

One thing is certain, La Casa de Papel did not stop surprising us. The sequel to the next season!