La Casa de Papel: This past Wednesday, 11, Netflix released 4 new posters of its acclaimed series La Casa de Papel (Money Heist, in English). The footage shows the main characters in scenes from the show’s 5th and final season dealing with conflicts that should bring a lot of action to the plot.

The streaming used their official Twitter account to publish the posters, which were accompanied by the following caption: “Get ready for the beginning of the end”.

In the publication’s responses, several people were excited for the production’s debut and, at the same time, regretted that this is the final chapter. “Great show! I’m sad that it’s ending, but at least there’s going to be an ending that seems to be thunderous”, wrote one netizen.

Apparently, The Professor will be living in a new fervent situation this season, as he appears chained to a chair. Previously, in a teaser released last month, it was possible to see an unidentified woman holding the character’s chains. The scene made fans even more anxious.

The 5th season of La Casa de Papel will premiere on September 3rd. However, it will be split into two parts and only the first 5 episodes will be available in streaming on this date. The others arrive to close the story on December 3rd.

La Casa de Papel is a series originally developed for the Spanish broadcaster Antena 3. However, due to its worldwide success, Netflix took over the production of the show, developing 3 new seasons.

The plot explores a group of criminals who organize and assault several financial institutions in Spain, such as the Casa da Moeda Real in Madrid.

Stay tuned and don’t miss any news about movies and series! 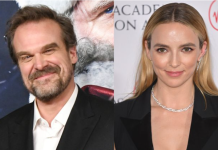 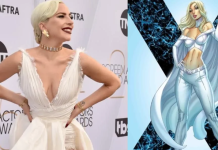 After Beyonce’s Infamous MCU Debut, Lady Gaga Is Preparing to Don Visuals to Play The Love Interest of THIS Beloved Guardians of The Galaxy... 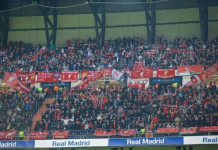