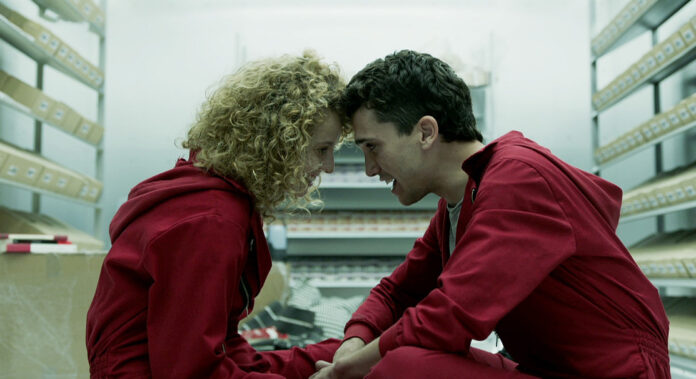 The fifth season of La Casa de Papel is currently in production. However, before the crime drama finally returns to Netflix next year, fans may need a reminder of the confusing events so far.

A fan of La Casa de Papel has spotted an inexplicable plot hole in the opening episode of season three. New team member Stockholm and Denver are raising Cincinnati like their son.

Monica gives birth to Cincinnati off-screen once she leaves Arturo for good. However, a puzzling scene from the third season of La Casa de Papel seems to have completely twisted the timeline of the entire series.

At the beginning of the season premiere of La Casa de Papel, it is revealed that Arturo has become a motivational speaker and is shown condemning the actions of the criminal gang before a large audience.

An insightful La Casa de Papel fan comments on why Arturo’s speech makes almost no sense within the series’ narrative. Explain that Arturo talks about his “poor son” shows that he always knew the gender of the son and where they possibly were.

Monica was in the early stages of pregnancy during the robbery. In addition, the entire team was kept out of the public eye, which means that Arturo could not know if he had a son or a daughter in La Casa de Papel.

Perhaps she assumed the gender of her son, although the former director seems too confident for this to be pure conjecture. It is highly unlikely that the undercover criminals would have contacted one of their opponents at La Casa de Papel.

Fortunately, most fans have been able to overcome these kinds of mistakes, and La Casa de Papel’s fifth season is on its way to bring the series to an equally unpredictable and spectacular finale.