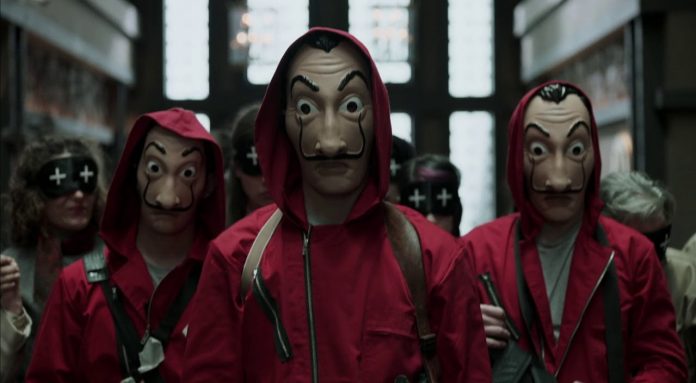 Netflix has announced the 5th season broadcast date of the La Casa De Papel series. Netflix signaled that it will follow a different strategy in this season, which will also be the finale of the world-famous Spanish production, which was announced to be finished last week. La Casa De Papel, which has been showing all seasons on a single date so far, will be released piece by piece this time at certain times of the year.

Netflix, which shared a short promotional video on its YouTube channel today, announced that the 5th season of the La Casa De Papel series will be broadcast in two parts. It was stated that the first part of the series, consisting of 5 episodes, will meet the audience on September 3, and the remaining 5 episodes will be added to the platform on December 3. Thus, it became certain that La Casa De Papel would make a final with a total of 10 episodes.

Season 5 of La Casa De Papel will host exciting scenes at a level that will not be worthy of past episodes. In the fourth season, the team, saddened by the loss of one of their teammates, will have to think about the Professor while trying to save another member. In the final season, where we will see the trapped Professor struggling so hard for the first time, the team will grapple with an attack they have never faced before.

Netflix had excited the fans of La Casa De Papel with a post with the note “The robbery is coming to an end” and signaled that the fate of the team would finally be certain. Let’s see if the Professor and his group, who go on different adventures in each season, will achieve their goals or will the winner be the other side.

The creator of the series, Álex Pina, shared his thoughts on the final season of La Casa De Papel:

“When we started writing chapter 5 in the middle of the epidemic, we felt we needed to change what was expected of the ten-episode season, and we did everything we could to create the feel of the season finale or series finale in the first volume. We decided to work in an extremely aggressive manner and put the Gang to work. In volume 2, we focus more on the emotional state of the characters. We take a journey through their emotional map that connects us directly to their separation. ”

Robbery and crime-themed series brings together the following famous names in the lead roles:

What are your expectations regarding the 5th part of La Casa de Papel? You can share your ideas about the final season with us.