Home News La Casa de Papel: Should we expect a season 5 for the... 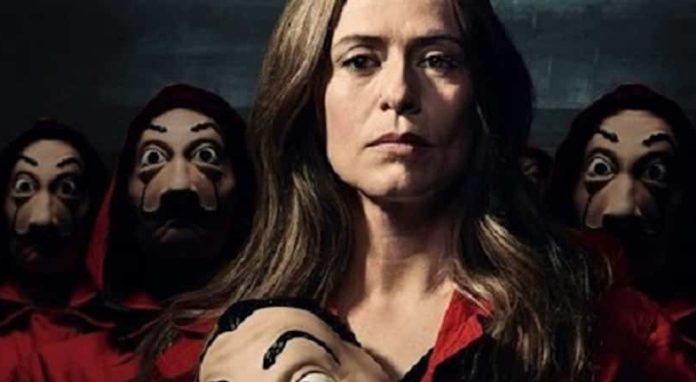 La Casa de Papel: Should we expect a season 5 for the Netflix series? The new season of La Casa de Papel has just arrived on Netflix. Everyone is already wondering if there will be a season 5!

Netflix subscribers can see season 4 of La Casa de Papel . The fans hope that the production will make a season 5. Attention, the article contains spoilers!

After a year of absence, fans of La Casa de Papel can finally watch season 4. They have been impatiently waiting for months for the arrival of new episodes on Netflix.

And because the final of last season left many questions in mind. And for good reason, Alicia Sierra made El Profesor believe that she killed Raquel. Thus, the thinking head of the team is at its worst.

Then, the fans were all shocked when Alicia used Nairobi’s son to kill her. The robber has been shot and is between life and death . Thus, season 4 of La Casa de Papel should lift the veil on the future of this character.

In this new season, fans of the Spanish series should also see Rio again . Everyone hopes that the robbers will make a success of their move against Sierra and that they will get out of it.

LA CASA DE PAPEL: NO SEASON 5 IN SIGHT?
La Casa de Papel is a huge success in France. Thus, fans of the series hope that there will be a season 5. The showrunners have already extended the series by two seasons. However, an actor does not seem motivated to make a next season.

“I don’t think it is necessary to shoot a thousand seasons. You have to know how to say goodbye to the characters when the series work. I am one of those who prefer to stay on a good impression, ”said Alvaro Morte in Télé-Loisirs.

Nevertheless, fans of La Casa de Papel may well be surprised by the season 4 finale. And for good reason, the robbers did not leave the Bank of Spain . In addition, they assure that they will succeed in leaving the establishment in the last minutes of the final.

As a result, the production leaves an open end to the series. We can therefore think that nothing is lost to make a season 5. Finally, with the arrest of El Profesor, we can only imagine a very last season to conclude forever the story of the robbers.

Doubled in 1 Day: What is Prosper (PROS)?

Today is Stranger Things day and the fans have gone crazy;...