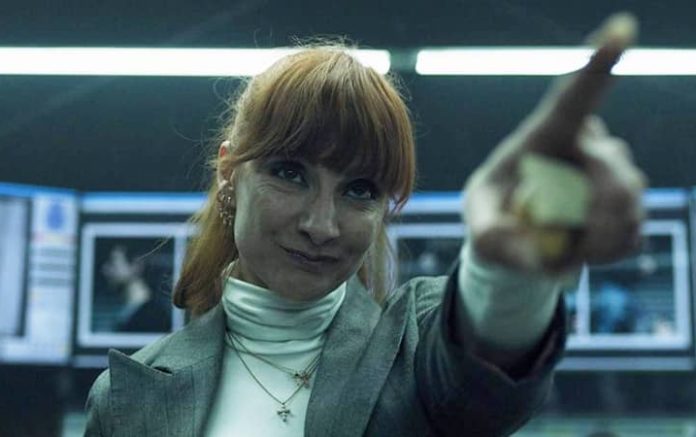 In season 4 of Casa de Papel, the negotiator Alicia Sierra annoys all her fans. Netflix then wants to play with their nerves and publishes a very special video !

No, Alicia Sierra does not want to stop there ! Since Friday April 3, fans of the La Casa De Papel series have finally been able to discover season 4. It was time!

And the least we can say is that it is explosive! In fact, many of them have put on the episodes with the click of a finger!

Just like Carla Moreau ! The young woman, very fan, could not help looking at them all! But it pushes a rage against the series !

Yes, the darling of Kevin Guedj does not appreciate the end at all ! And you have to believe that she is not the only one! Other Internet users give their opinion on the Web!

In any case, everyone does not know if La Casa de Papel will offer a season 5 to Netflix. But fans all hope so . They want to know more!

Thus, the latter would like the robbery of the Bank of Spain to end in style. However, Alicia Sierra has not said her last word !

LA CASA DE PAPEL ANNOYS ITS FANS
In season 4 of Casa de Papel , it is almost impossible to get attached to Alicia Sierra as she is annoying. And that, Netflix knows very well!

Besides, the end of the season is a huge question for internet users. Attention spoilers ! Will Alicia Sierra end up shooting the Professor?

If season 5 has not yet been scheduled, the online streaming platform has an idea ! But for this, Netflix is ​​asking for help from Alicia Sierra (Najwa Nimri).

So Netflix offers a funny video! Besides, the platform prefers to warn its Internet users . They will be very irritated!

” Prepare to watch the worst video with the worst character from La Casa de Papel, ” he wrote on his Twitter account. In short, Alicia Sierra offers an Asmr video.

But, faithful to her character, the young woman is unbearable! At first, she whispers the words “crazy”, “idiots” or “losers”, then she grabs objects with very painful noises!