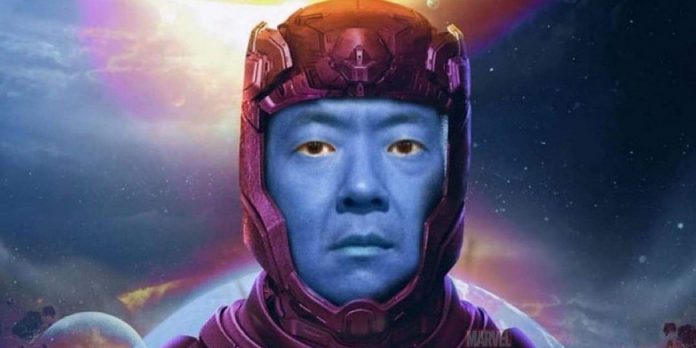 Kyung Jeong makes fun of the recent announcement of the movie “Avengers: Kang Dynasty” with the help of a hysterical work of art from the Marvel cinematic universe. After Avengers: Finale, rumors began to spread that Kang the Conqueror would be the next big evil of the MCU. Then, in “Loki” on Disney+, Tom Hiddleston’s God of Mischief was arrested by the Time Change Office. This eventually led to him and Sylvie meeting Jonathan Majors “The One Who Stays”—a man who would become Kang in an infinite number of universes.

Even before the Sacred Timeline was released and Kang was released into the multiverse, it was announced that Majors would appear as a villain in Ant-Man and the Wasp: Quantum Mania. At this year’s Comic-Con in San Diego, Kevin Feige and company outlined Marvel Studios’ plans for phases 5 and 6, culminating in “Avengers: The Kang Dynasty” and “Secret Wars” in 2025. to be home to several different Kangas, who will be played by majors at every turn.

Related: How Each Upcoming MCU Movie and Show Sets Up Avengers 5, 6 and Kang

Chon recently took to Twitter to react to the MCU Multiverse Saga news, in particular, the Avengers: The Kang Dynasty. The actor’s hilarious post contains a work of art depicting him as a blue villain, with a funny caption referring to Shang Chi and the star of The Legend of the Ten Rings, Simu Liu. Check it out below:

My new headshot. @simuliu promised to send it to the MCU. pic.twitter.com/4mEeNDTclc

Changing the name of the art to “Chang Dynasty” is probably a reference to the popular character of the Chon community, Ben Chang. One of the episodes of the third season of the sitcom is even called “The First Chang Dynasty”. Oddly enough, Chon and several other community stars have already appeared in the MCU. They did it as a kind of long-standing joke thanks to the Russo brothers, who managed several of the Community before their involvement in the Marvel franchise. For example, Danny Pudi played a Shield officer in Captain America: The Winter Soldier, Donald Glover played Aaron Davis in Spider-Man.: Homecoming”, and Chong appeared in the “Finale” as a security guard.

Jeong has shown himself to be a capable tyrant in the Community (one of those obsessed with dominating Greendale), although unfortunately he won’t appear as the villain Kang in the MCU. However, viewers could hope for a future appearance in the franchise. When Chon’s unnamed guard released Ant-Man from the cage, they apparently had a little chat. It is possible that he offered Chon’s character a job at X-Con Security Consultants. With Avengers: The Kang Dynasty just around the corner, Ant-Man and his colleagues will need all the help they can get.

Mr. Mime Is Stealing The Show In Pokémon Legends: Arceus

Free Fire Codes Of November 4 And Free Loot Without Hacks