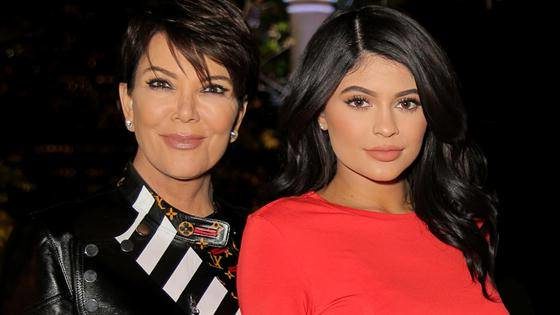 There is no doubt that mother’s love is enormous, thanks to which the youngest of the clan recovered faster. After someone has an operation, care is essential for their recovery to be prompt and successful.

Kylie Jenner underwent laser eye surgery to improve the quality of her vision, her mother was with her at every moment of the process, before they admitted her and when she left she was responsible for her youngest daughter.

Upon arriving home Kris Jenner took her daughter to her room to rest after this procedure and gave her a small bell to ring it every time she needed something since the socialite had eye protection so that she did not pass the light.

Apparently, the most famous ‘ momager ‘ in the world did not know that her daughter was immediately going to ask her for a series of things to calm her appetite.

What do you think was the first thing that Kylie asked for ?, since the surgery left her exhausted, she asked her mother for a glass of water with lemon and later an order of tacos, Kris as a good mother fed her in the mouth, no without first playing around with it by removing the dish to prevent her from eating.

This clip was revealed as a teaser on the E! Channel. Entertainment on YouTube of the new episode that will be released this Thursday from the reality show ‘ Keeping Up With The Kardashians’ .

Kylie recently revealed the natural state of her hair and nails, letting her fans see her in a more relaxed look, leaving out wigs and bold colors.

RM adds an important artistic work to its collection