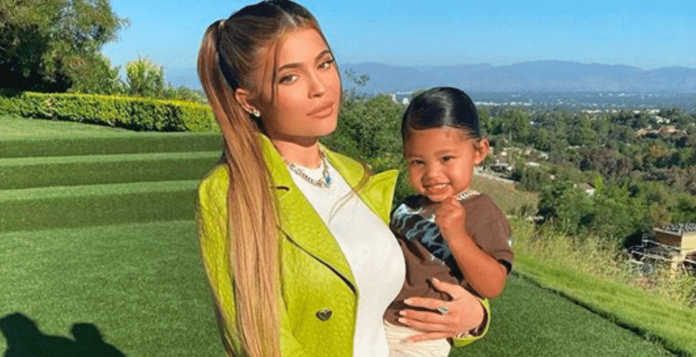 Racist crimes continue to rage in the United States as the George Floys affair shakes the country! So the store of Heather Sanders, a friend of Kylie Jenner , has just been vandalized …

“Oh No “, reacted Kylie Jenner when she noticed that the store of her African American friend, Heather Sanders had been ransacked! L has mom Stormi also responded by posting more emoji broken heart!

Kylie also spoke on her Instagram account! Indeed, the young woman indicated that she was very afraid for her daughter Stormi with the rise of racism in the United States!

Indeed, Kylie Jenner posted a long message detailing her point of view on the situation! She also urged her community not to remain silent in the face of the lack of justice for African Americans!

Kylie’s friend Heather Sanders posted that her business was a part of the looting last night. Swipe to see the rest of what she posted @heathersanders_ @_kingtrell

“I will never experience the pain and fear that many blacks go through every day … But I know that no one should have to live in fear … No one deserves a death like George Floyd and many others!” ” Wrote Kylie Jenner on Instagram.

And also to add: “ I am afraid for my daughter Stormi. I hope for a better future for her. My heart breaks for the family and friends of George Floyd. Don’t let his name drown in oblivion! ”

“Continue to share, continue to watch, continue to speak… Because it is the only way to unite to bring about this much-needed change and awareness. Rest in peace, George Floyd! ” Finally concluded Kylie Jenner!

A post that its many Internet users liked en masse! Indeed, the post has more than 2 million likes!