Home Celebrity Kylie Jenner And Travis Scott Had What To Do This To Protect... 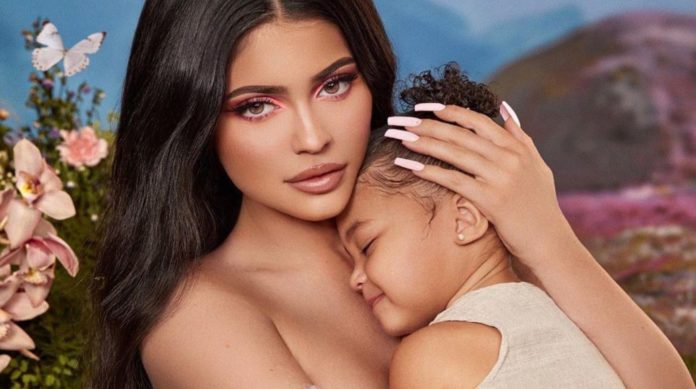 Several months ago, Kylie Jenner and Travis Scott shocked the world by announcing their sudden break. Since then, several rumors have emerged around the reason why they both made this decision, as well as speculation about the fact that Kylie has started new love relationships soon.Many doubts also arose, like what was going to happen with Stormi now that his parents had separated.

After the controversy, Travis Scott gave some statements about it and said he is still in love with Kylie Jenner, however, ending their relationship was inevitable. The rapper has also demonstrated the love he has for Stormi countless times and even states that he is the best person he has ever met. Aww!

Both Kylie and Travis have always cared for the well-being of their daughter and, despite the malicious rumors that there are certain frictions between them, especially after it was speculated that the socialite had a relationship with Drake, the parents of Stormi had to put everything aside in order to give the best life to his daughter. Jenner and Scott have worked hard to provide the little girl with all the comforts and love she deserves.

In a recent interview with Harper’s Bazaar, Kylie Jenner said she had to give priority to her daughter Stormi’s future and that is why she has always kept in touch with Travis Scott. After their breakup, they have met without problems on several occasions to be with their little girl and live with total harmony.

Kylie said she has a good relationship with Travis Scott and now they are like best friends. There are no grudges between them and they are very committed to their mission of making their daughter very happy. Aww!