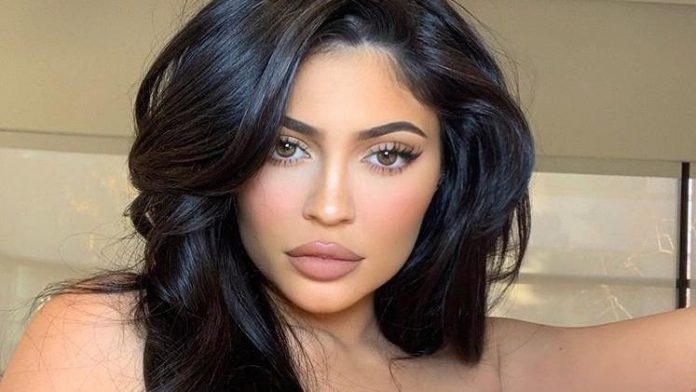 In Story of her Instagram account, Kylie Jenner shared several videos where she revealed her Valentine’s Day with her daughter Stormi!

On this Sunday, February 14, Kylie Jenner has planned a special little Saint-Valentina day with her little girl Stormi. If she is single, she intends to celebrate this day like couples.

Kylie Jenner has therefore put the small packages in the big ones. Indeed, she unveiled an adorable cake in the shape of a small house. But that’s not all. The pretty brunette also made heart-shaped pizzas with Stormi.

Kylie Jenner made one for herself and one for her baby girl Stormi. On the other hand, the fans regret not seeing the young woman with Travis Scott. It must be said that they really hope the two get back together.

A source recently told E! : “Kylie is young, but she really wants a traditional family life. She has seen her older sisters with big families and several children and she wants the same! “.

She also added, “She loved being home with Travis and their daughter Stormi Webster more than anything. But for the moment, their priorities are different ”.

Another relative also revealed, “They act like they’re together because Kylie Jenner, Travis and Stormi are relatively inseparable. Neither of them is interested in dating other people right now. ”

He also explained, “They do a great job of co-parenting with little to no drama. Kylie Jenner is a very involved mother. And she wants the world to be in Stormi ”.

The loved one continued, “Kylie Jenner does everything she can to show her that she can be whoever she wants and accomplish whatever she wants. She absolutely wants to have more children one day and wants to give Stormi her own siblings. ”

However, other sources believe the reality TV contestant and Travis Scott still have feelings for each other. “Kylie and Travis are still madly in love with each other”

The source added, “You can see whenever they’re together, there’s a lot of love between them. Both of their faces light up when they are together and they both seem very happy. ”

She concluded, “Kylie and Travis spend a lot of time with Stormi as a family. They don’t rule out getting back together. Kylie Jenner and Travis Scott are not putting pressure on their relationship for the moment ”.

If Kylie Jenner can not count on Travis Scott to spend Valentine’s Day, she can still console herself with the presence of her daughter Stormi. It must be said that she can always count on her child!

Good news for Sophia Bush and her new drama