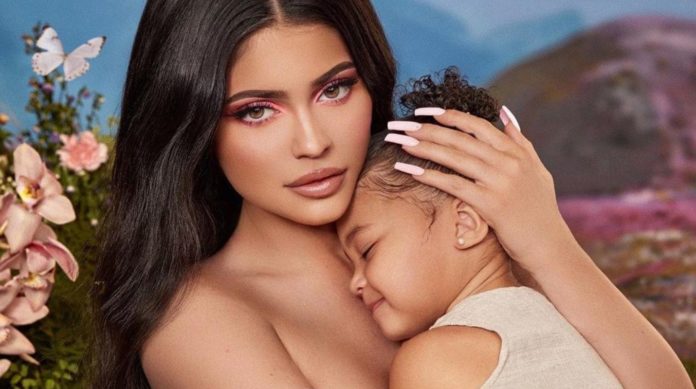 In a recent video posted on her YouTube account , Kylie Jenner shows the process while putting on her sister Kim , using this space as a sign of closeness Kylie takes the opportunity to share her thoughts about the future.

With a dynamic to answer questions and comments from fans, the issue of motherhood came to light when someone asked how Kim was doing to be a mother of 4 children and still continue her work life, adding ‘And Kylie , do you see with four children? ‘

Although Kylie said she sees herself having 4 children just like her sister, she doesn’t have it planned. Part of that same idea was also that he chose to be a mother from an early age.

The celebrity has also shared with her fans that during her pregnancy, she considered calling Stormi with the name of Rose , and that she still feels a special affection for that name. Could this be the name for one of your future children?