Home Celebrity Kylie Jenner Recreates One Of The Most Famous Moves 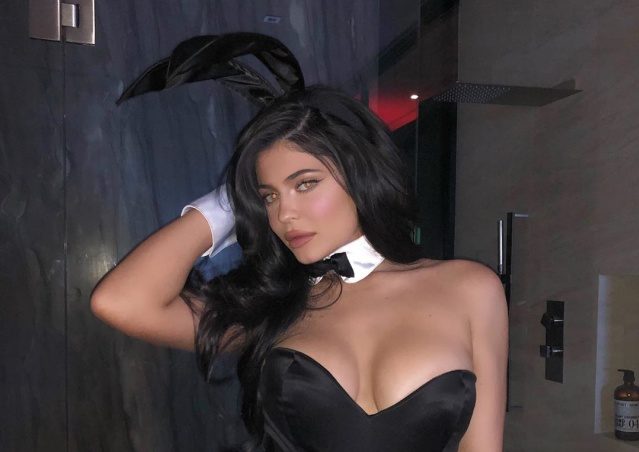 Kylie Jenner Recreates One Of The Most Famous Moves. On the occasion of the arrival of Halloween the costumes are the order of the day and the celebs are leaving us a lot of ideas to characterize the night of the dead. One of the most original proposals comes from the hand of Kylie Jenner, who along with one of her best friends has published a video in which we can see them disguised as two pop divas par excellence: Madonna and Britney Spears.

The influencer and businesswoman hung a recording in social networks in which she and her costume partner recreate one of the moments that made us live these two artists: when they finished their joint performance in the MTV EMA of 2003 giving a kiss in the mouth . An iconic scene that went into the history of music and became a symbol of daring and empowerment by two women who, at that time, were the subject of inspiration for any girl.

The friend who accompanies Kylie is none other than Anastasia Karanikolaou, youtuber, influencer and model who is already very common to see in photos of the little Kardashian. With Like a Virgin in the background, both are encouraged to imitate a small part of the choreography to end up fusing their lips in a quick but fiery kiss.

This is not the only characterization that the two have shown as a couple. In their Instagram profiles we can see them wearing looks that refer to the Gotham series or styles of the sexiest in the purest ‘playboy bunny’ style.

The friendship between Kylie and Anastasia has a long history. In fact, in an interview of the year 2015, the now ex-partner of Travis Scott assured that Steisy (as she calls herself Karanikolaou on social networks) “has been the most consistent and loyal friend, without her she would not be the woman I am today” . We have been able to see them starring in magazine covers, attending large events such as Coachella and celebrating important moments such as Stormi’s baby shower.

TXT and Bebe Rexha will do a live broadcast together