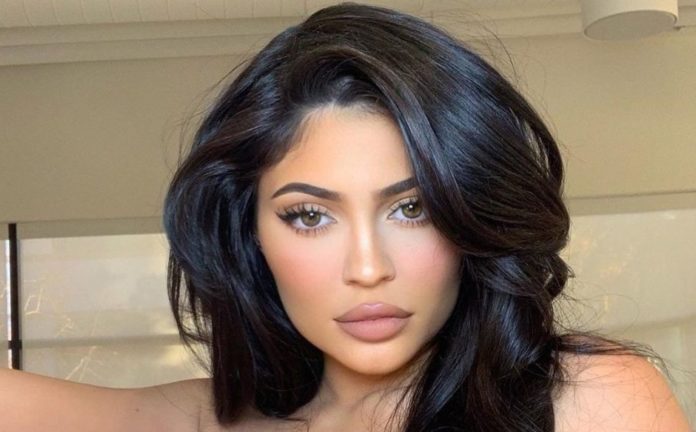 If Britney Spears seems to be fascinated by trees, Kylie Jenner has an admiration for her hair. Besides, after makeup, the star has a passion for the hair arts . Lately, she was taking advantage of an evening with girlfriends to get her candy pink wig out of the closet.

At the start of the year, the star wiggled even in mustard yellow hair . And recently, she also displayed a dazzling mane alongside her sister Kim Kardashian. But behind the crazy colors of the star and her incessant additions, the young woman does not often reveal her real haircut.

Far from corresponding to the image she conveys on Instagram, Kylie Jenner ultimately sports an ultra short cut that will delight her.

THE MYSTERY OF KYLIE JENNER’S HAIR FINALLY REVEALED!
Kylie Jenner likes to do make up tutorials . Several weeks ago, she then revealed how she went about achieving her XXL lips. But apart from makeup, the star rarely talks about her hair . Beyond its perfect appearance, the capillary mystery has finally been lifted.

Indeed, the kyliesn snapchat fans account has put an end to the rumors. Eh yes. Stormi’s mom does have short hair. In the video, Kylie Jenner shakes her wet locks after remaking the color of her roots. In fact, Travis Scott’s girlfriend has just adopted a completely new shade.

After the raven black, the young woman now sports a caramel look that suits her perfectly . A top color that matches her tanned complexion.

Dramas on laws, lawyers and prosecutors