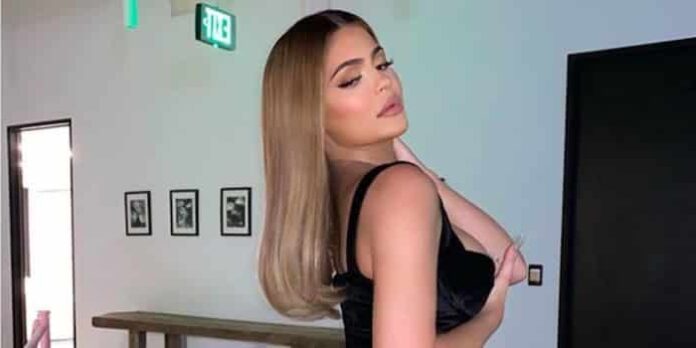 Kylie Jenner has just replied to Forbes magazine which she accuses, unfairly of having big tax returns!

Forbes has just returned to its ranking of the youngest billionaire in the world following several rumors! Indeed, for them, Kylie Jenner did not clearly indicate the amount of her wealth … Somag News tells you more!

Kylie Jenner steps up! The young woman does not understand the article published on the Forbes site on May 29, 2020! Indeed, in the latter, the famous magazine accuses the youngest of the clan of inflated the amount of his wealth! Indeed, for them, Kylie lied about her income related to her brand, Kylie Cosmetics!

Thus, the beautiful Kylie wanted to respond to Forbes magazine! Indeed, the latter did not hide anything! For Stormi’s mom, it’s just false false rumors!

So, yesterday, the young woman reacted via her Twitter account! Indeed, Kylie Jenner wanted to clarify the situation once and for all… And above all to respond to Forbes magazine!

“I wake up to see that…. I thought, however, that this site (Forbes) was renowned! All I see is a number of inaccurate statements and unproven hypothesis lol. »So wrote the beautiful Kylie Jenner on Twitter!

The latter also added. “I never asked to be in this ranking or even tried to be there! Never ! You think I created fake tax returns, but do you have proof? Or are you the one who thinks they are falsified? Because this is what I read! ”

The beautiful Kylie Jenner finally concluded thus: “I am blessed every year! I have a beautiful little girl and I have a successful business and I’m doing great! ”

That has the merit of being clear ! In any case, one thing is certain, Kylie will never again make the cover of Forbes magazine!

Flood of Offers, Aespa Confirmed to Attend ‘The Daily Show With...