Home Celebrity Kylie Jenner, Markle Meghan, Cardi B … Who are the most influential... 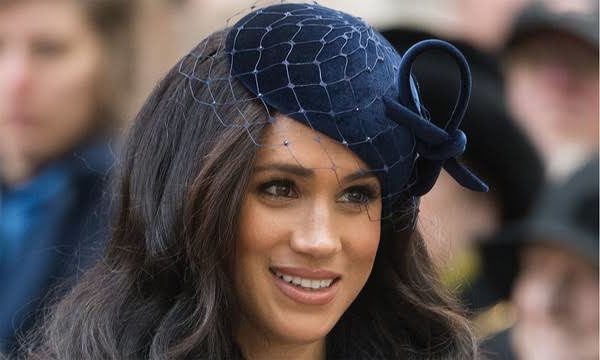 What is the point in common between Kylie Jenner, Meghan Markle or even Billie Eilish? Their influence in the world of fashion!

When you are a star, all your outfits are decrypted in the media and on the Web! It’s not Kylie Jenner who will say otherwise! The young woman is also part of Lyst’s ranking of the most influential personalities of fashion in 2019. Each year, the fashion research platform delivers its balance sheet and reveals its small list. We reveal it to you!

Unsurprisingly, Meghan Markle comes first, but Kylie Jenner is not far away! Each of his outings are also analyzed with a fine comb! It must be said that in terms of fashion, the mom of Archie knows it! Her most sought-after outfits were her “Club Monaco” dress, as well as her “J.Crew” skirt worn during her royal tour of South Africa. Timothée Chalamet is not left out! The actor has always opted for a very sharp style on red carpets. His bib “Louis Vuitton” for the Golden Globes had also hit the mark!

MEGHAN MARKLE IN THE HEAD, KYLIE JENNER IN 7TH POSITION!
The beautiful Zendaya arrives in 3rd place! Rising star of the world of the 7th art, the young woman always amazes her fans with her looks that she reveals on her Insta account. With Tommy Hifliger’s “Cinderella” dress at Met Gala, she was stunning. Billie Eilish is close behind! The singer impressed her audience during the Coachella show. His very POP style is often acclaimed by his fans and the press! Cardi B is positioned after her and before Kylie Jenner! The rapper loves to do the show in his clips but also with his outfits! She loves to parade in all the fashion shows!

Lisa from Blackping Group is 6th in the standings! The artist K-pop is also very influential! Style knows it! On Insta, its subscribers also follow with passion all its clothing choices! Arrive finally … Kylie Jenner in 7th position! Kim’s sister always reveals on the Web a very sexy style for her thousands of fans! It is the same on the “red carpet”. The singer Lizzo comes in 8th place behind Kylie! At the BET Awards or even the MTV CMAs, Lizzo always displays a sharp look! Behind her, Harry Styles! The singer always opts for a dandy style and very sharp! And the last … is Billy Porter who plays in the Pose series. He mixes brilliantly with feminine and masculine pieces!

James Charles wants to debut as a singer

BTS and Coldplay song “My Universe” has gone platinum