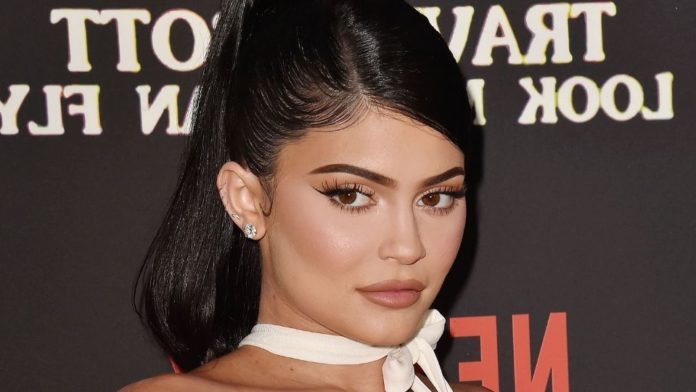 Kylie Jenner and Travis Scott broke up several months ago. The starlet took the sexy pose and her ex reacted to the photos.

Kylie Jenner broke up with Travis Scott several months ago. The starlet took the pose in sexy lingerie and her ex reacted to the clichés.

Kylie Jenner and Travis Scott had a baby girl together and they were a very beautiful couple. Besides, everyone hoped that the latter would get engaged. However, the starlet chose to break up with the singer after several weeks of conflict. She suspected her ex was not being loyal to her and that worried her. So, she ended their story and she seems to have quickly moved on.

Since her breakup with Travis Scott, some fans think that Kylie Jenner is in a relationship with Drake. However, the starlet has not confirmed anything and she seems to want to focus on her career. Indeed, she has become the youngest billionaire in the world and she intends to continue in this direction. Besides, she appeared sexy in lingerie and her ex boyfriend did not hesitate to react!

Someone said why did Travis post this story after Kylie posted those photos. I don’t think it’s related but who knows

KYLIE JENNER: HIS EX REACTS TO SEXY PHOTOS ON INSTAGRAM
A few hours ago, Kylie Jenner posed in sexy lingerie. The starlet appears in poses in her bed in underwear. She reveals her chest as well as her dream body. Fans loved the photo, but many noticed something. Indeed, a few minutes after Kylie’s post on Instagram, Travis Scott reacted and posted something on Instagram.

In addition to the sexy shots in lingerie, Kylie Jenner left a little message. Indeed, the latter wrote “It does not seem good to enter 2020 without a last thirsty trap”. Thus, Travis Scott seems to have seen the message since a few minutes later, he wrote a huge “LOL” in Instagram story. Fans have all wondered why he wrote this on the social network. Nevertheless, it seems that this is related to the photos of his ex-girlfriend.

Harry Styles unleashed theories with the video of ‘Falling’