Home Celebrity Kylie Jenner and Kourtney Kardashian has fun with her wax statue! 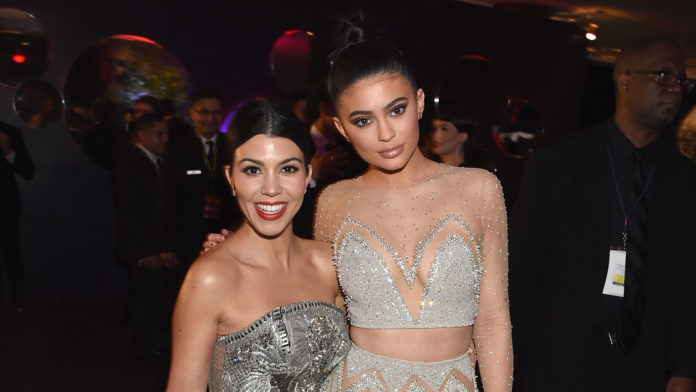 Kourtney Kardashian stood like a statue next to the waxwork Kylie Jenner. The young woman blends into the background.

Kourtney Kardashian laughs at Kylie Jenner by playing with the latter’s wax statue. The star is buzzing on Instagram!

Brad Pitt, Ryan Gosling, Cameron Diaz or David Beckham. Many stars have lent their features for the creation of a work of wax. At only 23, Kylie Jenner already has her own wax statue. And this one seems to make her sisters laugh. Indeed, Kourtney Kardashian was seen playing with her “fake” sister who, by the way, is very realistic.

Indeed, Kylie Jenner’s doe eyes are perfectly represented . Also, her luscious lips seem more real than life. For the hairstyle, the artist chose the blurred square of the young woman and dressed her in a black jumpsuit signed Alexander Wang. Finally, to sublimate the perfect look, a small black handbag swings gently on the left shoulder of Kris’ youngest daughter.

KOURTNEY KARDASHIAN FREEZES NEXT TO THE WAX STATUE OF KYLIE JENNER!
Besides, the Designer even reproduced the 1.68 m of Kylie Jenner . Indeed, while she was playing next to the wax statue of her sister, Kourtney then appeared much smaller. Scott Disick’s ex is only 1.55 m tall. On the video published on the Instagram account Kyliesn snapchat, the eldest of the Kardashian clan – Jenner poses alongside her little sister . Straight like a stake, it blends perfectly with the decor.

Until a finger came to touch her chin and she laughed. Until then, the two young women really looked like two statues. Surprised by the realism of the work, many fans liked the post on the Insta account. The statue of Kylie Jenner is simply perfect!