Home Celebrity Kylie Jenner is responding to the criticism of her shower! 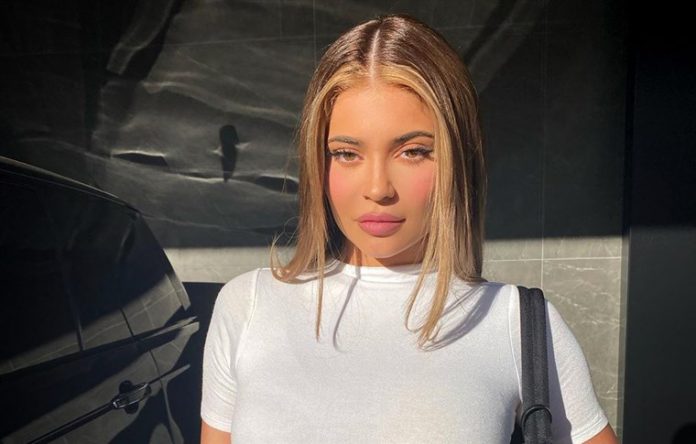 Last weekend, Kylie Jenner suffered taunts from her subscribers after filming her pretty shower. Vexed, the star answered them.

Kylie Jenner may have millions of followers, she must also face the mockery of Internet users. Lately, the star divided the Web after filming her luxury shower. Taken aback, she decided to reassure her fans about her purchase.

Kylie Jenner is one of the most influential business women around to date! Powered by “Keeping Up With The Kardashians”, the pretty brunette entertained viewers of the show for more than 10 years alongside her sisters.

The entire Kardashian-Jenner clan is now focusing on other projects. On a daily basis, Kylie Jenner brilliantly manages her “Kylie Skin” brands. But also “Kylie Cosmetics”.

Thanks to her juicy business, she is to this day a multimillionaire. Class!

Keen on makeup since a young age, Stormi’s mom never imagined that she could one day make a living out of her passion. “I didn’t think it was possible,” Kylie Jenner said for “Harper’s Bazaar” in 2020.

On a daily basis, millions of internet users love to stalk the influencer’s social media. But lately, Mason’s aunt split her followers after watching one of the showers immortalized on the Web.

Like the other members of her family, Kylie Jenner is very proud of her success. And she only buys luxury furniture to decorate her sublime villa in L.A. But also her offices!

Wanting to wow her community, the star filmed one of her lovely showers this weekend. Unfortunately, the pressure of his water jet took a few of his subscribers off guard.

“Woow, spending thousands of dollars to have such low pressure. It sucks, “tweeted one Internet user. “I hope her shower has other options. Mine has functions similar to hers. I didn’t understand his video, ”added another.

“I continue to see my shower on the internet,” explained the incendiary brunette facing the camera. “If you don’t know what I’m talking about, I posted a video of my shower (…) which I love.

But also: “I think it’s an amazing shower, I have no problem with (…).

Taken aback by customer reviews, Kylie Jenner said she was very happy with her purchase. “But everyone seems to find my water pressure worrying (…). It’s really my home shower, ”added the it girl.

And also to underline: “It’s my everyday shower, it’s amazing”. Determined to praise the merits of her intriguing shower, Kendall’s sister Jenner has shown all her primary qualities.

“You can adjust your temperature. I like it 102, “the businesswoman said while filming the pressure of the water. “I’m not trying to waste water, but it’s my water pressure.”

And to conclude: “It’s incredible thank you all for your concern.” Phew, we are reassured!