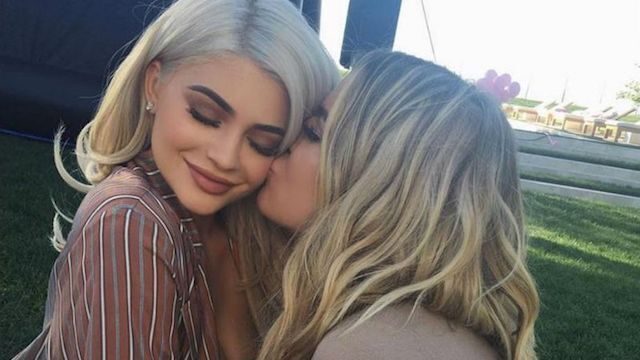 Kylie Jenner made a hilarious parody on TikTok. Indeed, the star imitated her sister Khloé Kardashian. We let you discover!

Kylie Jenner continues to amuse her fans on TikTok . Yesterday, the it-girl also decided to make fun of her sister . She then imitated Khloé Kardashian during an argument. And it’s hilarious!

Kylie Jenner is addicted to social media . The star can not help but publish photos and videos to stay in touch with Internet users. The it-girl then enjoyed immense success on the web. More and more of her fans are joining her on different social platforms. Unbelievable !

The pretty brunette has a new passion for TikTok since confinement. She gives her all to make her talk with her humorous videos.

Yesterday, Kylie Jenner also struck hard ! Against all odds, the star published a parody of her own sister. She then imitated Khloé Kardashian during her argument with Kourtney about wifi.

Kylie pretends to be upset in her garden. She uses the same lines as her big sister. And the result is truer than life!

KYLIE JENNER: HER TRAVESTY IS BUZZING ON THE WEB!
Netizens loved Kylie Jenner’s skit . Indeed, the video quickly went viral on the web. And the bomb already has more than 20 million views on TikTok . Unbelievable !

Fans did not hesitate to give their opinion on social networks. “I never get tired of it, it’s too funny”, “I love them” , “She does it too well” can we read in the comments. So it’s still flawless for the pretty brunette!

Like what, Kylie Jenner is a hit on all social networks. The star is even buzzing on TikTok. And many Internet users reproduced the video of the two sisters. So, Khloé Kardashian will she react to this new challenge ? Case to follow!