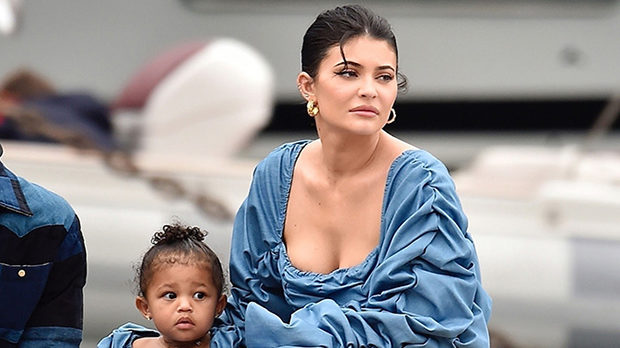 Kylie Jenner launches her new cosmetic collection. The starlet has released an adorable video of her daughter on Snapchat!

Kylie Jenner is starting the year off well as she is about to release a new collection of cosmetics. The star hosted a party and released an adorable video of her daughter, Stormi.

Almost two years ago, Kylie Jenner and Travis Scott had a baby girl. The starlet loves Stormi and spends a lot of time with her. Nevertheless, the star always wanted to create a collection of cosmetics in honor of her daughter. So, a few days ago , she announced the release of a new collection from Kylie Cosmetics. The starlet was inspired by Stormi for her makeup.

On February 1, Kylie Jenner will release her new collection. The star thought of everything in function to her daughter. Thus, we find colorful cosmetics and this will immerse fans in a magical world. Besides, the starlet has already started promoting with Stormi. We find the mother and daughter together and they are superb. In addition, the celebrity organized a party for the release of her collection.

Stormi is ready to party!

KYLIE JENNER REVEALS ADORABLE VIDEO OF HER DAUGHTER
Kylie Jenner may well be a big success with her new collection. In addition, she seems the best placed to highlight her cosmetics on social networks. Sunday, January 26, the star celebrated in honor of her brand and she staged a magical world with butterflies everywhere. The atmosphere was very girly but she seemed satisfied with the result. Stormi was invited to the party and the little girl was wearing a very nice dress. In a video, we can see her with it and she seems happy to wear her dress.

Stormi looks very pretty in her pale pink dress with hanging butterflies. She turns with her princess dress in the villa and seems delighted with the result. For her part, Kylie Jenner had fun filming her and her daughter is very pretty. Besides, it did not leave anyone indifferent and Stormi made fans crack. It seems that the girl steals the show from her mother on social networks. “So cute,” said a fan. “She’s too happy,” said another fan. Thus, Stormi and Kylie Jenner seem to form a very beautiful team.

Rihanna as a couple with A $ AP Rocky? New information...