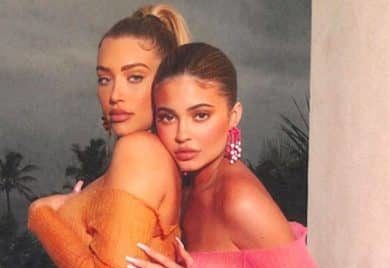 Kylie Jenner finds herself quarantine to her home in Los Angeles. The starlet would love to see her best friend, Stassie again.

Because of the coronavirus, Kylie Jenner finds herself quarantined to her home in Los Angeles. She misses her best friend Stassie very much.

For several weeks, the coronavirus has been raging all over the world. The countries are closing in on themselves and everyone must limit their movements.

Kylie Jenner respects the rules and she doesn’t go out of her house. The starlet lives in Los Angeles with her daughter , Stormi and she tries to find some activities. Besides, she spends a lot of time taking care of her daughter.

The star watches movies with her daughter and remains very active on social networks . However, she did not stop her business. Indeed, Kylie has released new cosmetics from her brand.

However, Kylie Jenner does not usually stay as long at home. So she begins to get bored and misses her friends. She would especially like to see Stassie , her best friend!

Kylie posted a throwback with @stassiebaby on her story

Kylie Jenner saw Kim Kardashian a few days ago to make her up for a show. However, it has been weeks since she has seen the rest of her family or her best friend. Thus, she is nostalgic for her moments with Stassie.

A few hours ago, Kylie posted a video on Instagram where we find her with Stassie. She immersed herself in her videos with her best friend and she shared a beautiful moment of complicity. We find the two stars in the car having fun.

We suspect that Kylie Jenner and Stassie were going to an evening in the video. To pass the time, the latter clapped their hands. Then, we can especially see them smile and laugh in the video.

Kendall Jenner’s sister left a small message on the video. ” I miss my Bae, ” she wrote. Thus, we suspect that as soon as the containment is lifted, Kylie will not waste time to see Stassie!