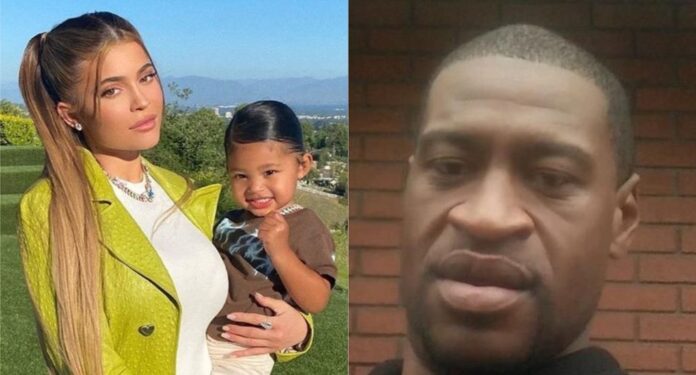 Kylie Jenner confesses that racism is her greatest fear for the future of her daughter Stormi. After the death of the African American George Floyd at the hands of the American police, the socialite expressed her fears for the life of her daughter.

After the death of African-American George Floyd at the hands of the American police, Kylie Jenner confessed that she fears for the future of her daughter Stormi.

Kim Kardashian’s younger sister turned to social media to express her outrage at Floyd’s death and her support for the African American community, which continues to demand justice in the United States.

In her public message, Jenner said she wants a better future for her little Stormi Webster, whose father is African American rapper Travis Scott.

“Personally, I will never experience the pain and fear that many black people around the country experience every day, but I know that no one should live in fear and no one deserves a death like George Floyd and so many others,” she said on her Instagram.

“We are currently dealing with two horrible pandemics in our country, and we cannot sit back and ignore the fact that racism is one of them. I fear for my daughter and hope for a better future for her, ” added the successful businesswoman.

George Floyd , the black American who died this week on his stomach on the ground with a white policeman’s knee to his neck, was a generous soul who had left Houston to start a new life in Minnesota, where he lost his job during the COVID crisis.