Home Entertainment Kylie Jenner and Rosalía: This was the unexpected reunion 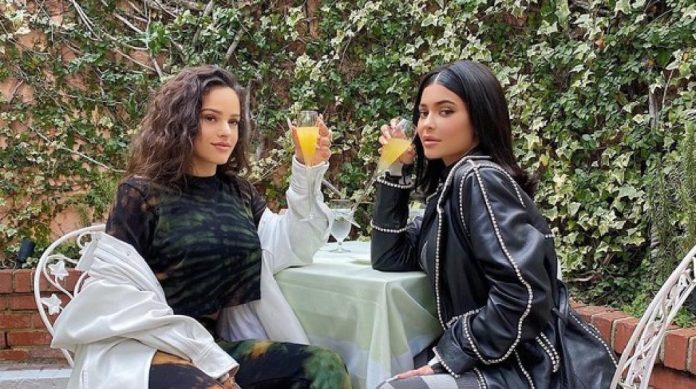 Kylie Jenner and Rosalía had instant chemistry from the first moment they met. The youngest of the Kardashians did not hesitate to include the interpreter of ‘With height’ in her exclusive squad, the singer is now one of her best friends! This is how Rosalía and Kylie Jenner put an end to the rumors of enmity.

A few months ago, Kylie and Rosalía were involved in a controversy of rivalry and enmity, after the creator of ‘Kylie Cosmetics‘ stopped following the Spanish on Instagram. However, it was all for an advertising and commercial purpose for their beauty brands.

“Kylie knew that narrowing down her list would highlight the exact pages she wanted to show her fans and hopefully get them to follow,” a source told Hollywood Life.

“Pages like Kylie Cosmetics and Kylie Skin to promote her own brands, and she made sure to include some of her fan pages to show them the same love that they have shown her all these years. [Friends] knew about this all the time and there is nothing but love there. Everyone knows the name of the game, ”added the source.

This was the unexpected reunion of Kylie and Rosalía!

Kylie is already following Rosalía on Instagram, and now the BFFs had an unexpected reunion that drove fans crazy. The celebrities went out to dinner in West Hollywood, California, with matching outfits: both wore a black trench coat.

Rosalía even uploaded a story to her Instagram of her dinner at the pizza restaurant ‘The Nice Guy’, with Kylie. The artists appear in the kitchen of the place, because being an establishment frequented by the most recognized celebrities in Hollywood, they are prohibited from taking photographs and videos in the common areas.

The BFFs are back!