Home Entertainment KVM: one quote from each character of the movie “Thor”, which contradicts... 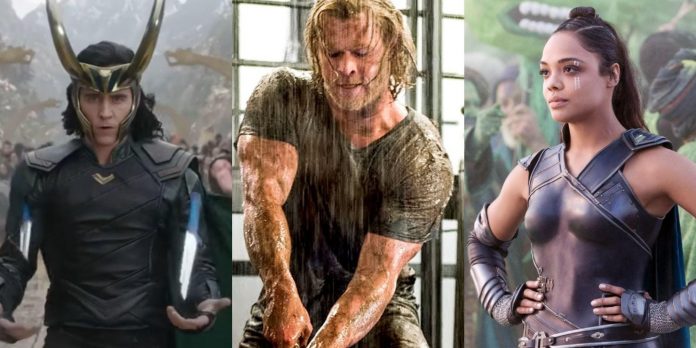 While the God of Thunder is at the center of the Thor franchise, including Thor: Love and Thunder, these movies have introduced some of the most beloved MCU characters. From Thor’s villainous and mischievous brother Loki to his badass ally Valkyrie, fans have come to know these characters and their personalities very well.

But there are moments when Thor and the others act in a way that goes against what fans know about them. Certain characters let their guards down to show a new side of themselves, or others do something totally out of character. These simple quotes show a very different side of the Thor trilogy’s main characters.

Though he had already established himself in the MCU, Hulk made for a wonderful addition to the Thor franchise with his appearance in Thor: Ragnarok. It also showed new sides of the character who remained a rageful and destructive green monster but could also recognize his own mistakes.

RELATED: The 10 Best Teams That The Hulk Has Joined In The Comics

After losing his cool and attacking Hulk. He does something fans have never seen from him – he apologizes. Seeing him pause for a moment a recognize his anger was quite a moment of growth for the MCU’s most unpredictable hero.

Fans would be forgiven for forgetting who Laufey was as he served as a secondary villain way back in the first Thor movie. However, the leader of the Frost Giants was suitably imposing and proved to be a ruthless enemy willing to start a war with Asgard and even planned to kill Odin in his sleep.

However, Laufey shows a brief merciful side of himself when Thor and his friends invaded the Frost Giants’ home world. Instead of slaughtering them on sight, Laufey gives them the opportunity to run away. It is a surprisingly reasonable gesture given that he declares war moments later.

“Look Upon My Legacy, Algrim.”

If Malekith has left behind any legacy it is simply as one of the most disappointing villains in the MCU. He is a villain without a personality, save for his desire for revenge and to render the entire universe to darkness.

There is only one fleeting moment that hints at something more interesting for Malekith as he returns after years in exile. He returns to the place where his army fell and laments that his legacy is one of defeat and the death of his people. It is a surprisingly vulnerable moment for the otherwise, cold villain.

“My Revolution Has Begun.”

Along with bringing a new spark to the Thor franchise as a director, Taika Waititi also played one of the funniest MCU characters as Korg. Though the sight of the rock creature is intimidating at first, Korg is shown to be a kind, gentle, and totally oblivious being.

However, when Valkyrie arms Korg and the other warriors of Sakaar, Korg takes up the call of a new revolution. Not only is it hard to imagine Korg having the follow-through to start a revolution, but it also seems more intense than anything he would do.

Skurge is introduced as the new gatekeeper of the Bifrost on Asgard. But when Hela arrives, he quickly shows the type of coward he is by siding with her and helping her conquer his home. He watches as countless Asgardians are killed, but does nothing to stop it.

At the last moment, Skurge is able to find redemption as he gives a war cry for Asgard and fends off Hela’s army to allow the other Asgardians to escape.

“I Thought You’d Be Happy To See Me.”

Hela is one of Thor’s most powerful enemies in the MCU and certainly earns her name as the Goddess of Death. She is a ruthless and remorseless force of destruction. And despite being Thor’s brother, she is immediately willing to kill him.

Given how little she cares about anyone, including her family, it was a little surprising to see her show a bit of emotion when returning to Asgard. As the army stands ready to fight her, Hela seems genuinely sad that she is not being welcomed back with open arms.

Though the Warriors Three get very little to do in the Thor movies, Lady Sif does stand out as a badass warrior and close ally to Thor. While she is a bit more level-headed than Thor, she is always ready to jump into a fight and earn her glory.

However, when Thor and Sif lead a battle at the beginning of Thor: The Dark World, she proves there are some fights she’d rather sit out. When a gigantic enemy warrior emerges, Sif is all too happy to let Thor take him on. It is the only time she doesn’t seem eager for a fight.

Though she redeemed herself in WandaVision, there was a time when Darcy was one of the most hated supporting characters in the MCU. However, she did offer great comedic relief as the charmingly useless intern working for Jane Foster.

With no science experience and zero motivation, Darcy usually only has funny little quips to add to the conversation. But when Jane is theorizing about how the Asgardians could be real, Darcy offers up a surprisingly astute observation that takes everyone by surprise.

“I Better Get My Pants.”

Though he is not one of the Avengers, Erik Selvig is one of the MCU’s smartest characters. He is initially skeptical of Thor and his godly claims, but it is only because Selvig is a man of reason who offers wise advice to those around him and even helps the heroes save the day.

However, after Loki messes with his mind in The Avengers, Selvig becomes somewhat different. He acts eccentrically, and while he is still a brilliant scientist, he develops a habit of taking off his pants in order to think better which hurts his reputation as a brilliant mind.

As the gatekeeper of the Bifrost, Heimdall takes his job very seriously. He is Asgard’s first line of defense and is an extremely loyal follower of Odin. But he also shows that he will go to great lengths to ensure Asgard is kept safe.

When Odin refuses to lead an attack on Malekith and the Dark Elves, Thor decides to go behind his father’s back with Heimdall’s help. While it is strange to see Asgard’s most dedicated warrior betraying his king, he at least reports it to Odin himself.

Though she was only introduced in the third movie, Valkyrie quickly became one of the best characters in the Thor trilogy. Though she used to be an Asgardian warrior, she now lives as a lone wolf, only looking out for herself and staying out of any fight that doesn’t involve her.

But when she is given a chance for revenge against Hela, Valkyrie suddenly abandons her isolated lifestyle and decides to join Thor’s team to save Asgard.

Jane Foster is another character who is one of the smartest people in the MCU. While Thor saves the day with his muscles and hammer, Jane has been equally valuable using her considerable intelligence. She is very dedicated and resourceful, yet the romantic subplot with Thor does her a disservice.

In Thor: The Dark World, Jane is made to seem like a jealous girlfriend who has been waiting around for her boyfriend to show up. Given the brilliant character fans know her to be, it is hard to imagine she has just been pining over Thor all this time.

“Till The Last Drop Of Asgardian Blood.”

In the first Thor movie, Odin is reluctant to pass the throne of Asgard on to Thor as his son is an arrogant and reckless warrior. In fact, he even banishes Thor from Asgard for being more concerned with war than with what is right for his people.

RELATED: Which Thor Trilogy Character Are You, Based On Your Zodiac Sign?

However, their roles seem to totally reverse in Thor: The Dark World when Thor is the one looking out for the people of Asgard and Odin is willing to sacrifice his people to defeat Malekith.

“Your Saviour Is Here!”

Loki has had one of the most interesting redemption arcs in the MCU. While Odin and Thor learn to rule in order to protect their people, Loki has always just cared about power. It is that power-hungry drive that turns him into a villain who was willing to kill anyone who got in his way.

But Thor: Ragnarok finally has Loki realizing his heroic side. Instead of going off on his next quest to conquer, he returns to Asgard to save his people, showing that he does have a good side after all.

“For The First Time In My Life, I Have No Idea What I’m Supposed To Do.”

Arrogance seems to be a common trait for many MCU heroes and that is certainly the case with Thor. Especially in the first movie, fans see how reckless Thor is as he believes he is the most powerful being there is and that he can do whatever he wants.

The first movie is all about Thor’s journey of becoming humble. That comes when he finds Mjolnir on Earth only to realize he is no longer worthy to lift it. Seeing the God of Thunder completely unsure of his path forward is a surprising moment for the hero.