Home Entertainment KV M: 14 people Thor was supposed to be with, except Jane... 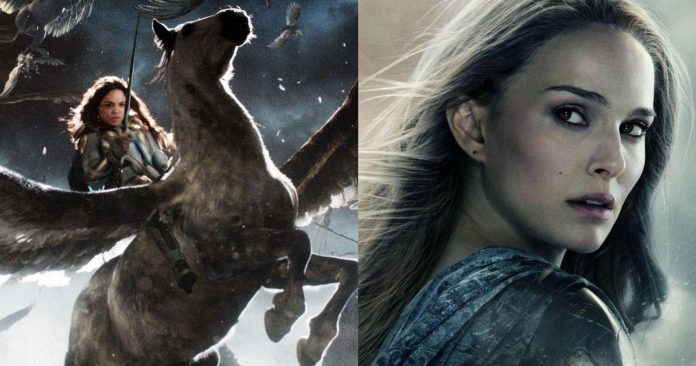 Warning: The following contains spoilers for Thor: Love And Thunder.

The Marvel Cinematic Universe has explored many different romantic relationships over the years despite the action-heavy movies not leaving a lot of time for romance. Some of these relationships are well-developed while others are not. Overall, the MCU has received a fair amount of criticism for having many forced relationships that lacked chemistry and development. One relationship that many people felt didn’t work well on screen initially was that of Thor and Jane Foster. While they are a couple in the comic, some fans found the film version of the pairing lacking.

So, instead of Jane Foster, there are many other people that fans have felt would have made a good match for Thor from amongst the MCU characters.

Updated on July 19th, 2022 by Amanda Bruce: Though the audience has only actively seen Thor in a relationship with Jane Foster, Thor: Love And Thunder does give fans a look at a few of his previous relationships. Jane hasn’t been the only person Thor has loved, though she is described by Korg as Thor’s “true love,” so it’s not far-fetched for fans to imagine the possibilities of him in a relationship with other characters in the MCU. While most of these relationships would never come to pass, they can live on in the hearts of fans.

Like Jane Foster, Darcy Lewis meets Thor during the events of the first Thor movie. An intern working with Jane at the time, Darcy is fascinated by the idea of Thor and other aspects of Norse mythology being real. She’s incredibly excited and forms a quick friendship with him.

Thor is clearly fond of her as well, but with his feelings for Jane, nothing romantic ever happens between them. Knowing how close Darcy and Jane are, it seems unlikely that Darcy and Thor would ever form a relationship once Jane has already dated Thor, but fans can dream.

When the MCU’s audience is introduced to the Eternals, they are very disconnected from the other heroes of the previous movies. That’s true for everyone except Kingo, actually. He mentions that he and Thor are very old friends. Since they’ve both been alive for thousands of years, it’s unclear how far back the friendship goes.

Kingo is a lot like Thor in that he’s very passionate about his interests, has a deep love for humanity, and is extremely loyal to those he cares about. It’s no wonder they were friends. They could have been more.

Mantis and Thor don’t have a ton of interactions in the MCU. The audience does know that they get to know one another better when Thor tags along on adventures with the Guardians of the Galaxy for a while. Mantis, who is curious by nature wouldn’t be put off by Thor’s love of adventure.

Given that her abilities mean that she is well in tune with the emotions of others, Mantis would very quickly be able to figure out Thor’s moods despite his bravado as well. The only thing standing in their way might be that Mantis would be a bit too naive for Thor.

Ajak, with her wisdom and her empathy, would have been a stabilizing force in Thor’s life, but also someone who knew what it was like to live as long as he did and visit as many different worlds as he had. They would have made a great pairing.

These two never get the chance to interact very much, but there’s still a chance they could in future movies as they are still a part of the franchise and Carol did team up with the Avengers in Avengers: Endgame. Given that these two both have connections to space and are extremely confident and powerful, it’s not surprising that some people have paired them together, even though many more people would prefer Carol to get a girlfriend after they loved her interactions with Maria Rambeau.

Even if Thor and Carol never dated, they could easily make for great friends as they have compatible personalities.

Natasha Romanoff has been partnered up – though not romantically – with many of her male teammates over the years. While her only MCU canon romantic relationship was with Bruce Banner, it seems that the MCU never knew how to handle a romance with her in a compelling and real way.

RELATED: 10 People Black Widow Should Have Been With Instead of Hulk In The MCU

While she and Thor would likely be better as friends, there is an argument to be had that they would have made an endearing and attractive couple.

In the fandom world, there are many ships that people enjoy. Many of these ships tend to be with two people of the same gender who haven’t been in sam gender relationships in the MCU before. This is largely because there is still such a lack of representation in the MCU in canon, so many fans like to explore these relationships themselves. Star-Lord and Thor start out with a bit of a rivalry, but this could make for a compelling relationship dynamic.

While Star-Lord is obviously in a committed relationship with Gamora, even though the Gamora in the current MCU is from another timeline, this is still a fun relationship to explore in fandom.

There is definitely something compelling about exploring relationships between the original six members of the Avengers in the MCU since they’re the ones the audience has seen the dynamic explored the most. Tony and Thor might not have always gotten along great, but they did grow to be friends and teammates. Thor can be rather jovial and positive which would be a good balance to Tony’s anxiety issues.

While they might not be the most obvious match in the MCU, they could have grow nto become closer and work together quite well.

The relationship between Steve Rogers and Thor in the MCU has always been one of rather endearing friendship. While fans don’t get to see these two interact very often, unfortunately, when they do they clearly like and trust one another. They are both beautiful, strong warrior types who care about others and try to be the hero. Thor is even excited to share Mjolnir with Steve during Avengers: Endgame, and he doesn’t trust the hammer to just anyone.

They have many similarities as well as some key personality differences that would make them complement one another. Plus, they would just look really beautiful together.

Valkyrie is one of the people that Thor is closest to, and they have become a rather dynamic duo in the MCU in a short period of time. While many people would prefer to see Valkyrie in a relationship with a woman, given that she’s bisexual, Thor wouldn’t be a bad match for her either.

While she doesn’t seem that interested in Thor that way given a deleted scene from Endgame that shows her rejecting him, these two will always be a good pairing whether they are dating or just good friends.

One of the saddest deaths from the franchise that doesn’t get talked about enough is Heimdall’s at the beginning of Avengers: Infinity War. He was always someone that Thor could trust and believe in, and they clearly cared a lot about one another. While Heimdall might be a bit older than Thor, they could still make for a good couple.

While Heimdall might not be around in the MCU anymore, this doesn’t mean this relationship can’t still be explored in fan fiction and in fandom – or in alternate timelines.

As far as a great heterosexual pairing for Thor, one of the most obvious would be Sif. This character played more of a role earlier on in the franchise, but she knew Thor very well. They were friends who fought as warriors together, and they both tend to drop everything to help when the other calls.

RELATED: Thor’s 5 Funniest (& 5 Most Heartbreaking) Quotes In The MCU

There is a comic book background for this couple, too. They have a long on-again, off-again romance. Given that the relationship between Thor and Jane wasn’t the best received in the films, Sif would have been a potentially better choice. There was a good chance that these two could have had a bit more chemistry as well as a lot more in common.

The majority of characters in the MCU are humans or look like humans, but there are a few alien characters who make an appearance. While Rocket and Thor might seem like a strange match, these two actually become fast friends. They seem to genuinely enjoy one another’s company and joke around with one another.

There’s something weirdly endearing about their relationship and some fans enjoy shipping these two together. After the flashbacks to his romances in Thor: Love And Thunder, fans know that Thor doesn’t just date Asgardians and humans either, but many different beings.

One of the biggest Thor ships in fandom is between Bruce Banner and Thor. While Tony and Bruce used to be a more popular ship, Thor: Ragnarok showed audiences that Thor and Bruce could be great together.

They become rather close and are always encouraging one another. They make really great friends, and it’s really not hard to imagine that they could become romantic partners as well. Thor is a good balance for Bruce’s insecurities and Bruce is a caring person who could be there for Thor.