Home Crypto KuCoin has raised $150 million to become a pioneer in Web 3! 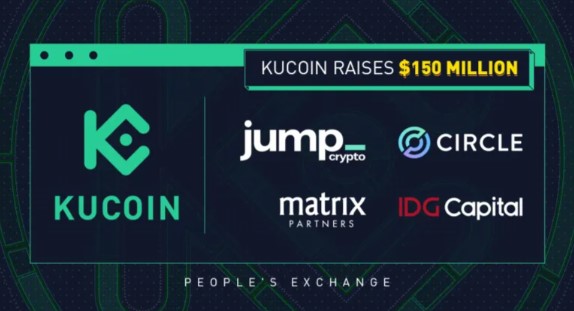 KuCoin, the fifth largest cryptocurrency exchange according to CoinMarketCap, has announced a new round of funding to expand its presence on web3. Many investment funds took part in the tour. Having collected $150 million, the stock market managed to increase its valuation to $ 10 billion. Here are the details…

KuCoin attracts 150 million: what will the funds be used for?

Launched in September 2017 and currently one of the largest cryptocurrency exchanges, KuCoin has announced its funding round ahead of Series B. The stock market, which raised $150 million in this round, increased its valuation to $10 billion. While Jump Crypto led the round, several mutual funds such as Circle Ventures, IDG Capital and Matrix Partners also participated. This new capital will allow KuCoin to expand its presence in various fields and become a pioneer.

The exchange includes platform affiliates such as KuCoin Labs and KuCoin Ventures; GameFi will expand its presence in the Web3 space as a whole, including decentralized finance (DeFi) and non-interchangeable tokens (NFT). As you know, KuCoin currently offers its 18 million users services such as spot trading, margin trading, P2P fiat trading, futures trading, betting and lending.

Further development of the platform is aimed at

As part of this development, the KuCoin Community Network (KCC), created by members of the KuCoin community, will be used as an infrastructure. KCC, created by KCS fans and KuCoin fan communities, is an Ethereum Virtual Machine (EVM) compatible and high-performance decentralized public network. Its goal is to solve the problems of the public network, such as low performance and high cost, in order to provide community users with a faster, more convenient and cost—effective experience. KCC will be an infrastructure in which resources will be distributed with its decentralized nature in Web3 developments.

The proceeds from the preliminary round of KuCoin will be used to improve the platform, as well as for Web3 purposes. The planned improvements include “the creation of the next-generation KuCoin core trading system, allowing for a tenfold increase in productivity”, “support for the exchange’s compliance efforts to better serve 18 million users in more than 200 countries and regions”, “make the platform safer and more accessible” development of security and risk management systems”.

John Cue, CEO of KuCoin, said that the game is on the trust of leading investors such as Jump Crypto and Circle Ventures; He notes that he “strengthens his vision that one day everyone will enter the cryptocurrency space.” While the CEO stressed that KuCoin was created for all investors; he says that investors and partners have contributed to making KuCoin synonymous with “trust” in the cryptocurrency space. KuCoin previously raised $20 million in a Series A funding round in November 2018.

On the other hand, So Fujishima, the head of the Asian branch of Jump Crypto, who led the last round, as we mentioned above, states that KuCoin offers a comprehensive crypto service to its global users. He also points to web3 as the motivation behind his latest investment. In his statements on this subject , Fujishima uses the following expressions: