Home Entertainment KSI Introduces Dillon Denis as the Next Boxing Contender at The Misfits... 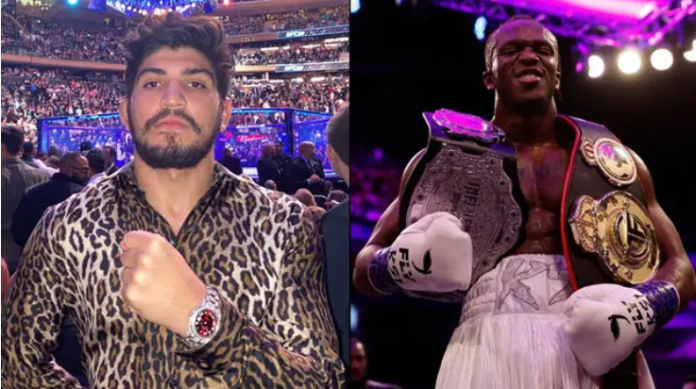 British youtuber KSI has announced mixed martial arts fighter Dillon Denis as his next opponent, and the two are ready to touch gloves at the Misfits x DAZN X Series 004 event in January.

Over the past few months, YouTuber, rapper and boxer KSI has been involved in fighting a lot of different opponents before he has to fight Jake Paul in the ring.

There were many names who wanted to touch the gloves of a popular YouTuber, such as Tyrone Woodley, Slim Albacher and many others.

However, after the fight at the X Series 003 weigh-in, which marked the beginning of an open fight between the two sides, KSI and Dillon Denis are officially going to meet in the ring.

The expected fight will take place at the MF & DAZN: X Series 004 event at the OVO Arena in Wembley, London, on January 14. It is assumed that the event will also be available with pay-per-view on DAZN.

🔥 This about to be 𝐈𝐍𝐒𝐀𝐍𝐄! @KSI will take on @dillondanis at the OVO Arena, Wembley, on January 14th, live on DAZN PPV 🧨#KSIDanis | January 14th | @DAZNBoxing pic.twitter.com/ueHxUCKxuf

Despite a black belt in BJJ, this fight will be Denis’ debut in the boxing world after a nearly four-year break from fighting, while KSI completes his monumental event by winning two fights in one night.

“I feel great, to be honest, it’s easy money, it’s a bit of bullshit, I’m used to fighting real fighters, so he’s not ready for it,” Danis told Misifts Boxing. “I guarantee you that I will kick his ass, look.