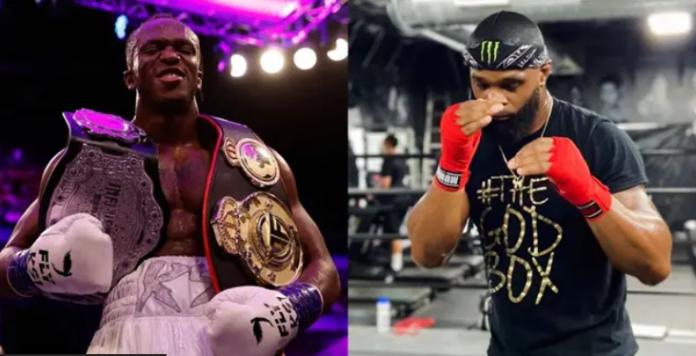 British rapper and fighter KSI outlined what needs to happen for him to plan a fight with Tyron Woodley, the former UFC welterweight champion who lost two fights in a row to Jake Paul.

The world of boxing on YouTube has become a well-known arena of Internet celebrities, former fighters and many others who call each other, schedule fights and generally chat about junk.

While fans are waiting for the announcement of KSI’s next boxing opponent — after his defeat by Swarmz and Luis Pineda — former MMA star Tyron Woodley continues to agitate for the fight.

The former UFC welterweight champion insisted on falling out with KSI after his second loss to Jake Paul, even posting an image of an alleged contract that existed between the two men, only for KSI to “bail out.”

Now KSI has responded to Woodley, detailing what he needs to get into the ring.

In a November 17 tweet, KSI agreed to fight Tyron Woodley, but only after he won the fight from another opponent.

He did not respond to Woodley’s specific allegations of a contract between the two men.

When you finally get a win, then I’ll fight you.

Tyron Woodley has yet to respond to KSI’s offer, but has stated that he has “two companies that will fund the wallet,” presumably to narrow the Brit’s options in terms of avoiding a fight.

It seems likely that the two will eventually meet in the ring, but Woodley has joined a long list of potential KSI opponents with Jake Paul, Tommy Fury and others, and they are all in line to drop the hugely successful rapper and entrepreneur.

Meet the suspects in clip from ‘Glass Onion: A Knives Out...