Home Tech Krunker, the free shooter that started showing up on Steam 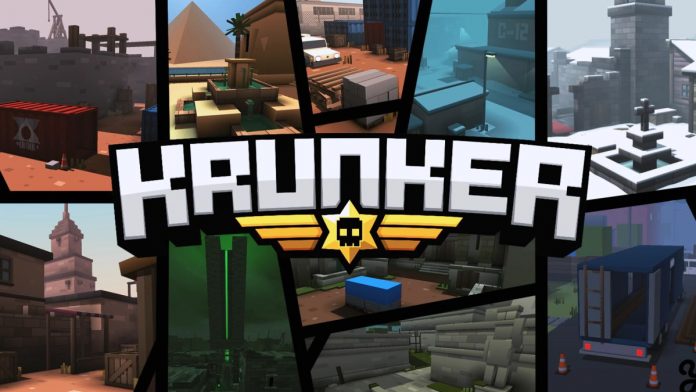 The game, which has been growing for a few years, not only offers a competent competitive FPS for everyone, but also a dynamic community full of content

Krunker is beginning to be a trend on Steam, where it has just fully landed, although the Yendis Entertainment game has already accumulated a few years in the free games market, making itself a bigger and bigger niche in the always competitive world of F2P games. Its cover letter is clear: a first-person shooter accessible to any type of computer, widely modular and with an advanced movement system, which is one of the keys to its appeal.

Aesthetically the game is based on blocks, giving it a look reminiscent of Minecraft or Roblox. This is key to one of its most outstanding facets: the ease for any player to create maps and content of all kinds. But when it comes to moving and exploring movement mechanics, we find a set that can be quite deep, which collects ideas from various installments of Quake, Call of Duty or Tribes, inviting a progression that will make the difference between fans and veterans. .

As soon as we download the game (very light, about 75 Mbs more or less), we immediately enter a public server and a game in which we can enter at will. We do not need an account or register, just accept some terms of use and privacy since, as we will soon discover, one of the sources of income is in the ads inserted in the menus. Therefore, the first impression is positive, with a couple of clicks we are ready to jump to a map and get involved in a Deathmatch (in which they give us for the hair, but we are already playing a few seconds after installing and starting it. , quite a success to capture attention from the beginning).

Once the waters have been tested, we stop to see the options that we have at our disposal. There is a class system that allows us to start the game with a different variety of weapons (automatic and semi-automatic, sniper rifles, pistols, crossbows, rocket launchers …). Among the public servants we find different classic game style modalities such as the aforementioned Deatmatch, Team Deathmatch, Capture the Flag and the like. The variety of maps in each mode is very wide and the players vote at the end of the game where they want to go next.

iPhone 13 Pro Is Hacked In 15 Seconds During Hacker Competition