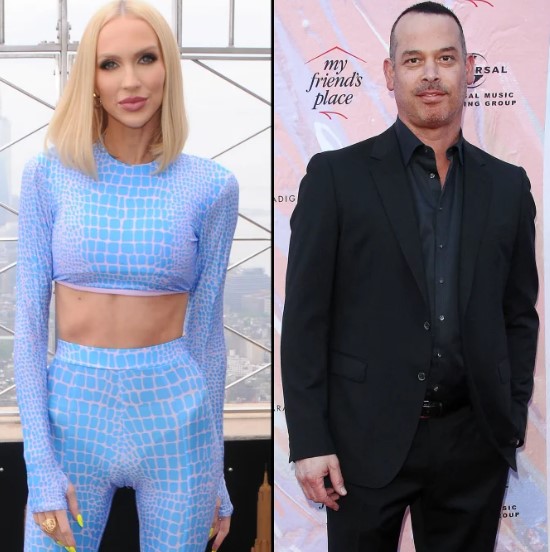 In addition to several behind-the-scenes high-profile statements about the sale of Sunset during her appearance in “Call Her Daddy,” Christine Quinn made a number of serious accusations against the creator of the series Adam DiVello.

“Complaints were filed against him—numerous complaints… and he was sick,” Quinn, 30, said on Wednesday’s episode, May 18. “He actually told me to go fall down the stairs and kill myself at some point.”

The real estate agent continued, “[I] was too honest. This was not my first complaint about him. There was another complaint — he still can’t set foot on the set with any of the women in the office because of misconduct. It was very scary when, you know, I mean, he was screaming in my face. It was terrible.”

When asked for more details about her “too honest” comment, Quinn said: “In fact, I gave an interview and said, “No, that’s what really happened” — to which he threatened me and shouted at me. And, you know, there were other people around. There were witnesses to this. In fact, he scolded me for being too honest.”

“In the interview, I pointed out everything that was completely fake— from our dialogue to our relationships and our real lists,” she wrote. “Our clients didn’t want their homes to be turned into decorations, and most of them didn’t want to get involved with this shitty show, which is a reality show. So the producers fed us lists, especially new girls. There was something to share, and my big shiny lips weren’t going to keep any secrets—I didn’t sign a damn NDA! Of course, by next season we all had to sign a contract to keep the magic curtain and all this nonsense.”

During her interview with Alex Cooper, Quinn made a number of statements about the production of the Netflix show.

She added that in the third season, which aired in 2020, she “realized” that she could not “win” no matter how she behaved during filming.

“There was a time [when] I was actually talking about Mary in the scene and watching my mouth say “Amanza,” Quinn stated. “And I didn’t mention Amanza’s name. And then I thought, “Which Wizard of Oz am I fighting?” Even the scene in the office when Mary got promoted—it was the best day we ever spent together. We were so excited. It was so much fun. And there was no such thing on camera. We all hugged each other and said: “Oh my God, Mary, I’m so happy for you.” We all get along. It was great. But the producers told me to keep leaving the office. I left the office probably 16 times and they said, “No smiles.” There is no wave. No smile. There is no wave.” But we’re prisoners, right? We can’t leave until they get what they want.”