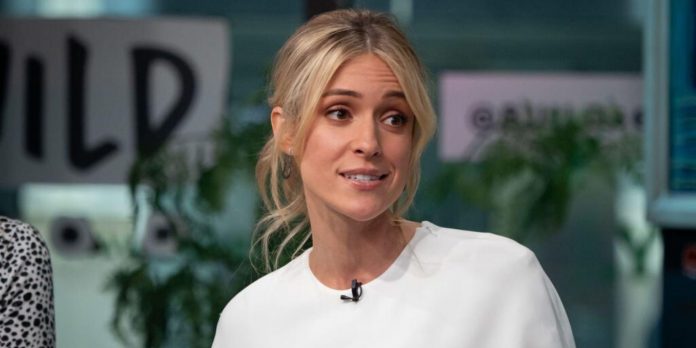 Kristin Cavallari adds to the recent conversation about “The Hills” producer Adam Divello, as she said he fed the tabloids fake stories about the cast. Kristin met the producer when she was filmed at Laguna Beach in 2004, and now she hosts a podcast with her ex-boyfriend Stephen Colletti called “Back to the Beach with Kristin and Steven.” Although Kristin did not initially join her high school rival Lauren Conrad in “The Hills,” the Laguna Beach spin-off, the star came to the show in the middle of season 5 as Lauren’s replacement after the founder of The Little Market left the reality show.

The Hills producer recently faced several allegations of inappropriate and abusive behavior. As in the MTV series, Adam is the producer of Selling Sunset, and according to star Christine Quinn, the producer told her to commit suicide. Hills graduate Spencer Pratt also spoke very openly about his contempt for Divello, saying that it was no accident that his last name was so close to the word Devil. According to Spencer, Divello inappropriately touched his wife Heidi Montag during a photo shoot when the couple was still filming a reality show. Spencer’s former co-star Audrina Partridge also admitted that there were times when she had to involve lawyers because of Divello’s behavior.

Reality TV star Kristin has several stories of her own about the controversial producer. The Very Cavallari star appeared on Alex Cooper’s Call Her Daddy podcast, where she responded to some of the claims against Divello by sharing her own experiences. “It’s never been great,” Kristin said of the time she spent with the producer. “Without a doubt, I had problems with Adam.” The mother-of-three said one of her biggest problems with Divello was that “he was creating these storylines in the series that were nonsense, but then he would go and feed them to the tabloids.” Kristin admits that Divello was a great producer who knew exactly what he was doing with his shows; however, the host of Back to the Beach does not consider himself a good person.

Despite her feelings for the producer, she and Steven planned to include him in their podcast, but he unfortunately declined at the last minute. Kristin thanks the producer for starting her career, but adds that she and the actors also started his career because they were the ones who drew attention to Laguna Beach and the Hills. Kristin also told a story that she and some other colleagues from the movie “The Hills” had told earlier, about how Divello bribed the star of Lo Bosworth with an expensive designer bag, which, according to Kristin, could be Birkin, to tell on camera that Kristin had drug problems. Kristin didn’t really have a drug or alcohol problem, but she hung out as much as any other 20-year-old in Los Angeles. Unfortunately for Lo, she never received the bag.

It seems that Spencer was right in his dislike of the producer. Divello definitely did questionable things for the sake of his career. After all, getting good stories from the tabloids meant promoting The Hills for free. Although his actions cannot be justified, Kristin seems to understand why he did what he did. Unfortunately for The Hills producer, it’s unlikely Spencer and Heidi will show understanding.

Diablo 2: Resurrected, Impressions. Many Doubts a Month After Your Departure

The 10 Best Shows Similar to Dark Wings on AMC