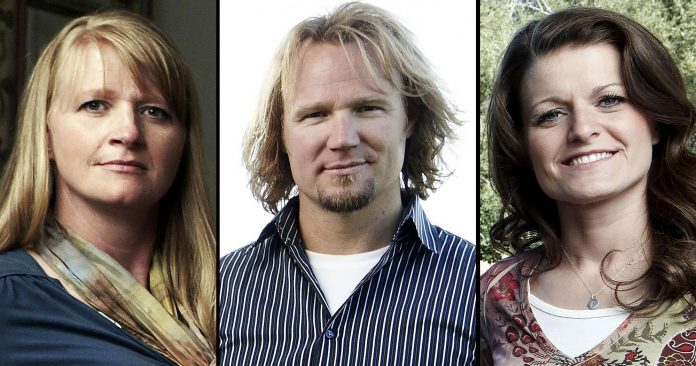 There is no turning back! Kristin Brown donated her land at Coyote Pass to Cody Brown and Robin Brown after their breakup, Us Weekly can confirm.

The 50-year-old reality TV star sold her piece of property in Flagstaff, Arizona, back to the 53-year-old family patriarch and his 43-year-old fourth wife for $10, according to property records obtained by US.

Although part of Christina’s land is valued at $213,420, she decided to classify the transaction as a gift agreement, resulting in a purchase price of $ 10. The Utah native, who announced her split from Cody in November 2021, signed the package on July 28.

Last fall, Kristina shocked fans when she revealed that after more than 25 years of living together, she and the Wyoming native broke up. The couple, who married spiritually in 1994, have six children: Son Pedon, 23, and daughters Aspin, 27, Michelti, 26, Gwendlyn, 20, Isabel, 19, and Truly, 12.

“Cody and I have split up and I made the difficult decision to leave,” Kristin wrote on Instagram at the time. “We will continue to be actively present in each other’s lives, raising our beautiful children and supporting our wonderful family. We are currently asking for your mercy and kindness while we go through this stage in our family.”

In the same month, Us confirmed that Kristina had moved from the joint property of a large family in Arizona to a duplex in Utah. The mother of six previously hinted at cracks in her marriage to Cody during the 15th season of Sister Wives, revealing during an episode in April 2021 that she wanted to leave Arizona and Cody for good.

“The decision has been brewing for a long time, and I feel like a much better person after the divorce than ever, and life is so wonderful,” Kristina later told her fans during a cameo video in November 2021. “I just hope that Cody and I can still be friends during all this because we’re still [really] hanging out with each other and stuff. I mean the good days and the bad days—don’t get me wrong.”

The reality star’s rocky romance with Cody was the center of attention in the 16th season of the TLC series and the three-part family special “Sister Wives: One on One,” which aired in February.

“Cody and I are divorced. We are completely separate. In the end, we’ll just become friends,” Kristin said during the third part of the revelation. “I just realized I had to make a decision for my heart, and my heart stopped being broken, and I felt, well, relieved.”

Cody, for his part, confirmed the status of their relationship, saying, “Christina has moved. She’s gone. We’re not married anymore.”

While the exes seem to have moved on in recent months, the explosive end of their spiritual union will still be a big topic in season 17 of the series, which premieres in September.

“My heart is broken,” Cody confessed during the August teaser of the new season, later yelling at Kristina for abandoning her family. “Just a knife in the kidneys after all these years,” he said, seemingly accusing her of some kind of betrayal. “The sacrifices I made to love you.”

Meanwhile, Kristina claimed that their relationship was no longer the one she signed up for when she married Cody. “I agreed to be a sister wife, but I agreed to be an equal wife,” she told the cameras.

Cody is still spiritually married to his first wife, Mary Brown, whom he officially married in 1990 before giving birth to their child Leon in July 1995. Polygamist entered into a spiritual union with Janelle Brown in 1993, and the following year added Kristin to the group. He and Janelle, 53, have six children: sons Logan, 28, Hunter, 25, Robert Harrison, 23, and Gabrielle, 21, and daughters Maddie, 26, and Savannah, 17.

The head of the family brought Robin to the family in 2010. Four years later, he divorced 51-year-old Mary in order to legally marry his fourth wife and adopt her children, 22-year-old Dayton, 20-year-old Aurora and 17-year-old Breanna from a past relationship. Later, Cody and Robin had two children of their own: Solomon, 10 years old, and Ariella, 6 years old.

The premiere of the 17th season of the series “Wives-Sisters” will take place on TLC on Sunday, September 11, at 22:00 Korean time. ET.

Pokémon GO: Swablu, Star Of Community Day for May 2021