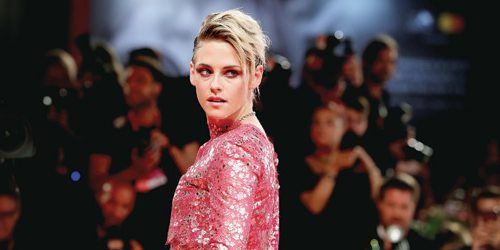 Spencer, is the new film based on Princess Diana and that will star Kristen Stewart, whose production began recently as announced by Neon.

In the new film, Kristen Stewart plays Princess Diana and now a first look at the transformation of the actress playing the new role of hers has been released.

The filming of Spencer, is already underway in the United Kingdom and Germany and its direction is in charge of Pablo Larraín will shoot. Neon is scheduled to release the film in fall 2021.

Also in the cast of Spencer, alongside Kristen Stewart are Sally Hawkins and Sean Harris. The screenplay for the film was written by the creator of the BBC Peaky Blinders series, Steven Knight.

Spencer, is an independent production film for the big screen about the declaration of independence of the iconic Princess Diana according to the producers. The protagonist, Kristen Stewart, described Spencer as follows:

“Spencer is an immersion into an emotional imagination of who Diana was at a fundamental turning point in her life. It is a physical statement of the sum of her parts, beginning with her first name; Spencer. It is a heartbreaking effort to she comes to herself as Diana struggles to hold on to what the name Spencer means to her. ”

Regarding the synopsis, Neon issued the following description of Spencer:

“Spencer focuses on a weekend in the life of Princess Diana, as she spends the Christmas holidays with the royal family at the Sandringham estate in Norfolk, and decides to leave her marriage to Prince Charles.”

December 1991: The marriage of the Prince and Princess of Wales cooled down a long time ago. Although rumors of love affairs and divorces abound, peace is in order for the Christmas festivities at Sandringham Estate. There is food and drink, shooting and hunting. Diana knows the game. This year, things will be very different ”.

Shakira raises her shirt too much to show you what you...