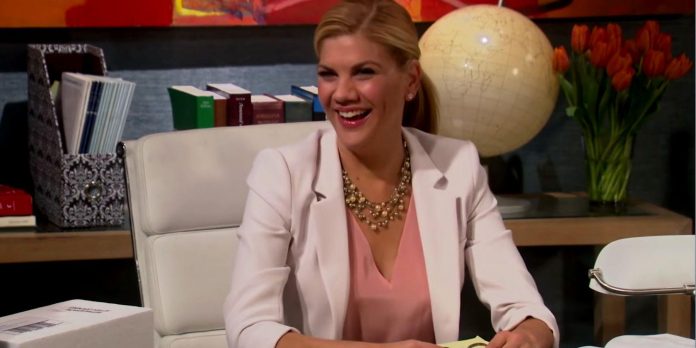 Kristen Johnston has joined the cast of the third season of Righteous Gems. Created by star Danny McBride, the series tells the story of a famous family of TV evangelists whose brilliant public image contrasts sharply with their greed and corruption behind the scenes. In the second season, renewed in January, the Gemstone family empire was threatened by a chaotic mix of rivals, including Cycle Ninjas and Christian brawlers.

Now Variety has confirmed an exciting new addition to the third season of The Righteous Gemstones with the casting of Johnston. Assigned to the role of Mae-Mae Montgomery, further details related to her character remain secret, although they are said to have a history with the Gem Clan. Known for her role as Sally Solomon in the Emmy-winning film The Third Rock from the Sun, Johnston also played in the films Exes, Modern Family and Mom.

By topic: How righteous gems and succession secretly represent the same show

Beginning production earlier this month, Johnston’s casting follows the recently announced addition of Steve Zahn (White Lotus), who will reportedly play a militia leader named Peter. In the third season, the couple will be joined by the main actors McBride, Adam Devine, Edie Patterson, John Goodman, Tony Cavalero, Walton Goggins and Skyler Gizondo. Righteous Gems marks McBride’s third venture with HBO, having previously co-written Eastbound & Down and Vice Principals. The 45-year-old is also an executive producer of the show along with David Gordon Green, John Carcieri, Jeff Fradley, Brandon James and frequent collaborator Jody Hill. The exact release date of the third season has not yet been announced, although it is expected to debut sometime in 2023.

Among the comparisons with the Abbott Elementary office and Quinta Brunson...

Grand Theft Auto 6 really should allow players to advance in...