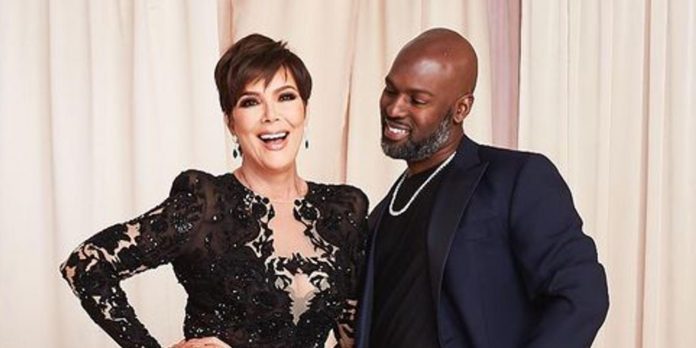 In a preview of the next episode of Kardashian, Kris Jenner denies that she secretly married her boyfriend Corey Gamble. Kris started dating Corey in 2014 after they met at a 40th birthday party that Kim Kardashian’s ex-husband Kanye West arranged for Italian fashion designer Ricardo Tisci. At the time, Chris was separated from Caitlyn Jenner, but they were still in the process of divorce proceedings. At first, the couple caused a lot of surprise because of the large age difference. Chris is 66 years old, and Corey is only 41 years old, the same age as Kim. However, these two did not allow public opinion to influence them.

In 2018, Chris faced engagement rumors when she was wearing a large diamond ring resembling an engagement ring. In one episode of the Late Late show with James Corden, Chris played her “Spill Your Guts or Fill Your Guts” game, where she decided to eat a cricket so as not to answer a question about her engagement. However, shortly after that, Mamager said that she most likely would not marry again after her first two marriages ended in divorce. Corey doesn’t seem to have too close a relationship with any of the Car-Jenner kids, and during Kim’s Saturday night live monologue, she joked, suggesting that Corey is a gold digger.

Now, in a brief review of the next episode of the Hulu series, Kris from the Kardashian family again denies that she and Corey have stopped being boyfriend and girlfriend. In the preview shared by E! News, Chloe asks her mother how she and Corey are before moving on to a more serious question. Chris confirms that he and Corey are doing great and explains how “amazing” he is moving into Chris’ new house. Matriarch Kar-Jenner shares that she likes to see the protective side of her boyfriend. While they are eating salads at a prestigious dining place in Calabasas, Chloe tells her mother: “I’ve heard from so many people that you’re secretly married.”

However, Chris laughs at the question and quickly replies, “No, I’m not secretly married.” Then Chloe demands that Chris show her her hand, and mamager is clearly wearing a large ring on her finger. However, Chris assures her that this ring is not an engagement ring, saying: “You think I’m going to get married and not have a big ass party.” Khloe is not convinced and continues to put pressure on the mother of six children until she finally swears by God, the lives of her children and the late Robert Kardashian that she is not secretly married. This is finally enough to convince Chloe that she is still single.

The Kar-Jenners are certainly not used to spontaneous marriages and quick engagements. Kim was married three times, and Chloe married Lamar Odom a month after meeting him at a party. However, Chris seems determined to remain single after two marriages that ended in divorce. Although she and Corey are still strong after almost eight years together, it doesn’t look like the Kardashian star will be walking down the aisle anytime soon.

Returnal Reviews The Performance Of The Players During Their First Month

The Elden Ring player, who has played the game more than...