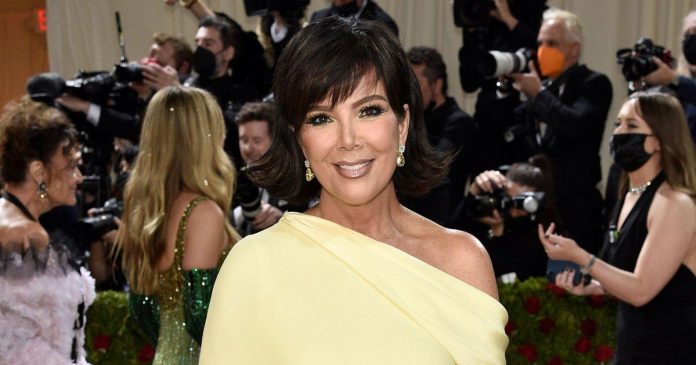 The Kardashian star has just announced that she is running for president in the upcoming elections — as a joke.

Relive the most epic moments of Kris Jenner’s KUWTK Momager!

On Thursday, June 23, momager shared a video on TikTok, he was wearing a cream blazer on a blue background with the inscription “Kris Jenner, presidential candidate 2024” in the background. “I’m so glad to finally announce…,” the reality TV star signed the post, making fans believe that she shared important news about her upcoming run for office.

The video then turned into a video of Jenner lip syncing to “Lady Marmalade” with the text “U just got #Krissed,” showing her fans that she was just joking about her alleged political move.

A graduate of The Keeping Up With the Kardashians has seized on the viral trend #Krissed, in which a clip of her dancing is used as a joke. This trend is essentially a TikTok version of “RickRolling” on YouTube, which gives users bait by teasing them with something intriguing and then moving on to Rick Astley’s song “Never Gonna Give You Up”. In this case, users were struck by a clip of Jenner from a 2012 music video shot by the whole family, where they lip sync with “Lady Marmalade”.

The political game echoes the similar sentiments of another member of the Kardashian clan: Kanye West. The rapper, who shares North, 9, Saint, 6, Chicago, 4, and Psalm, 3, with former Kim Kardashian, ran for president in 2020. The 45-year-old Chicago native told podcaster Joe Rogan at the time that “it was something that God put in my heart back in 2015.

He continued: “A few days before the MTV Awards, it dawned on me in the shower. When I first thought about it, I just started laughing to myself, and all this joy went through my body, through my soul. I felt this energy. I felt this spirit.”

The “Off the Grid” rapper admitted that some of his closest friends and colleagues did not agree with this idea, but he was committed to this idea because he believed that “someday he will definitely become a billionaire.”

He continued, “Not that this is the reason why someone should become president, but, you know, at that time I had a debt of about $50 million, and I knew that I had confidence that I would be able to turn this debt around.”

The Grammy winner added that he was also inspired by the victory of US President Donald Trump in 2016. “When I saw Trump’s victory, [I saw] that you can win if you come from outside politics,” he said. In the end, the fashion designer dropped out of the race in July 2020.

Dark Souls 3 Gets a Bloodborne Overhaul With a New Mod