Bitcoin (BTC) price did not break the tradition on January 8, again refreshing the all-time record. Bitcoin, which reached $ 41,000 and saw $ 42,000 in some exchanges, thus rose approximately 110% above the $ 20,000 level. The question that everyone is wondering about the answer right now is where the rise of the BTC price will stop.

Kraken, one of the leading crypto money exchanges in the USA, made a very bullish guess when a new post published. Kraken researchers think that if history repeats itself, a price between $ 79,040 and $ 118,560 could be seen.

📈 Assuming history is destined to repeat, one could expect further upside appreciation until #Bitcoin trades at 10x – 15x its 200-week moving average; implying a price between $79,040 and $118,560.

Find out more in the latest Kraken Intelligence report:https://t.co/AUAaniIM3C pic.twitter.com/0ubwa13K8C

So what is this prediction of the Kraken exchange based on? The Bitcoin price climbed 10 to 15 times above the 200-week moving average level in the 2017 rally, to $ 19,700. Kraken Intelligence pointed out that the bear market may begin after these levels.

Kraken is not alone in BTC price prediction

Kraken is not the only institution or person who predicts that the Bitcoin price will continue to rise. Famous analyst PlanB stated that since the beginning of 2019, the Bitcoin price will rise to over $ 100,000. According to the analyst’s statement, BTC moves 10% above the 200-week moving average almost every week. If we go at such a speed, it can be seen that the BTC price is $ 100,000 before the end of 2021.

See Also
The Expected Drop In Bitcoin Has Arrived: Predictions? 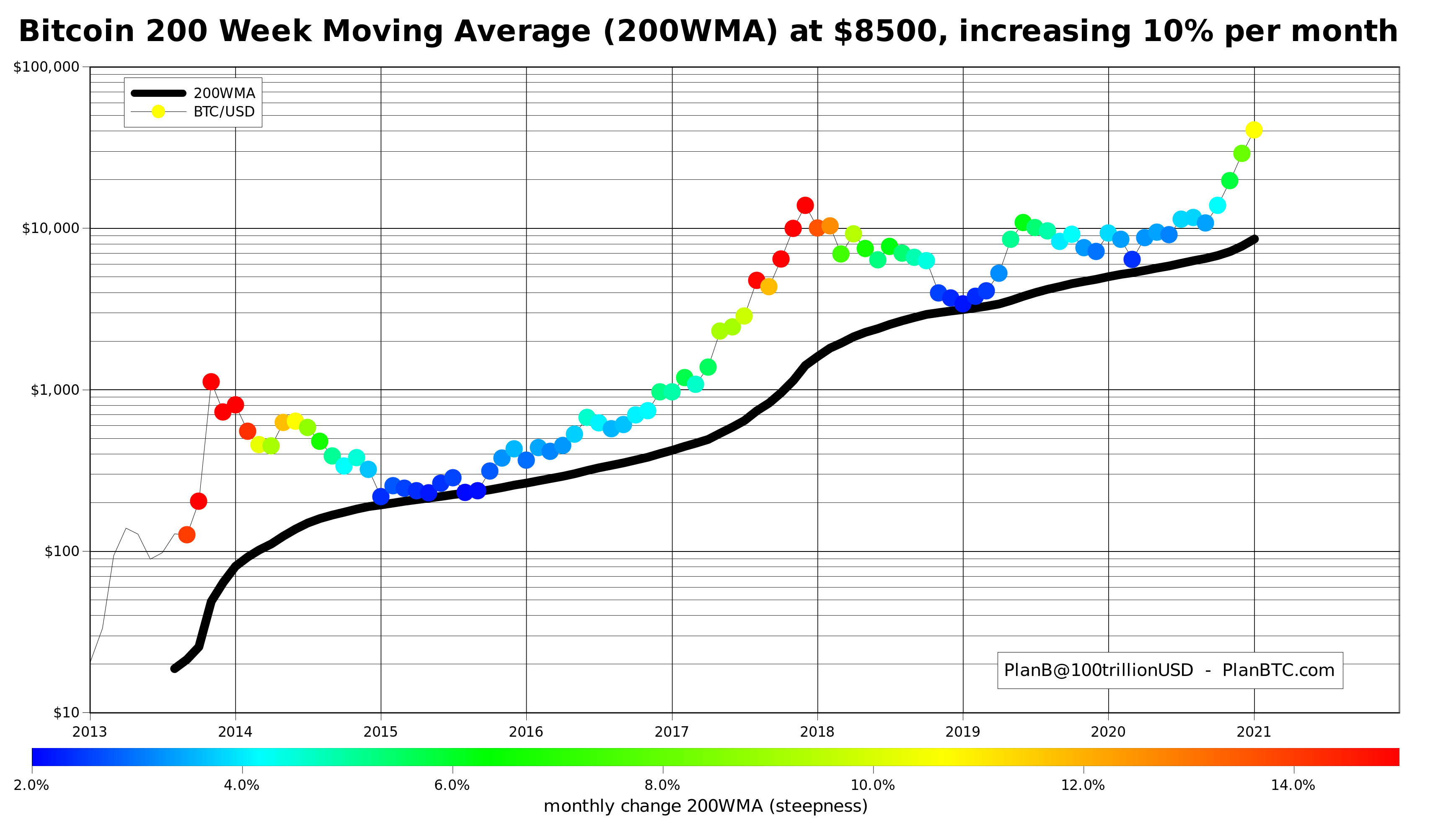 Famous billionaire and investor Chamath Palihapitiya stated that he expects the BTC price to rise to $ 200,000 without giving a clear time interval. In the light of all these data and statements, the notion that $ 40,000 is still not the peak is gaining strength.