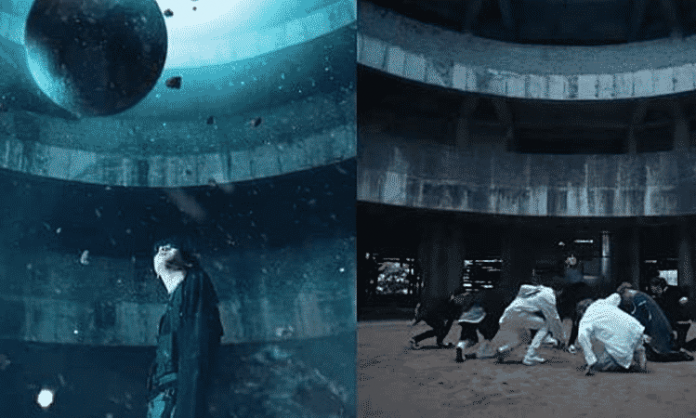 Kpop MV Producers Reveal Why They Use the Same Locations to Record. Has it ever happened to you that you are watching a new Kpop video and suddenly think: ‘Wait! Have I seen this place elsewhere?

Well, those of us who’ve been around for a while know that there are some places that are quite popular with music video directors.

One such location is the abandoned Gimcheon University building, popular for its high ceiling and numerous stone balconies.

Camera director Kim Ji Hwan and art director Song Na Ra confessed that they know this ensemble very well during a chat on YouTube’s AYO channel and that this is a building they can’t miss out on frequently.

They noted that while they’ve visited it on several occasions, it’s an iconic place that remains popular simply because it’s perfect for video clip recordings.

“There’s a reason you’re going there again. It’s really ‘Woah, it’s killing him! It’s great! ‘You wonder, was there a place like this in Korea? “

To make the locations look different, they try to change the angle, lighting, or post-production editing, making the environment more personal for the artist.

“I filmed the PIXY MV and AB6IX MV there. I was really worried because the same director is shooting at the same location, so he might have the same angle as the other. He tried to make it different in some way because the idol universe is important “

In VICTION’s ‘Mayday’, for example, it was edited to be monochromatic and dark. The art team also added dust and stones to emphasize its appearance like a destroyed building.

On the other hand, ‘ZERO’ of Minseo probably had the most dynamic outlets Gimcheon structure, as it was filmed at different levels and angles.

Stray Kids also made full use of the building’s various cracks, walls, and floors. With a bright red light, it had a very menacing aura that was different from other music videos.

Have you ever noticed that these videos share the same set? You can see the full video below:

Tomb Raider: The Live Experience Will Open In 2022; New Details...