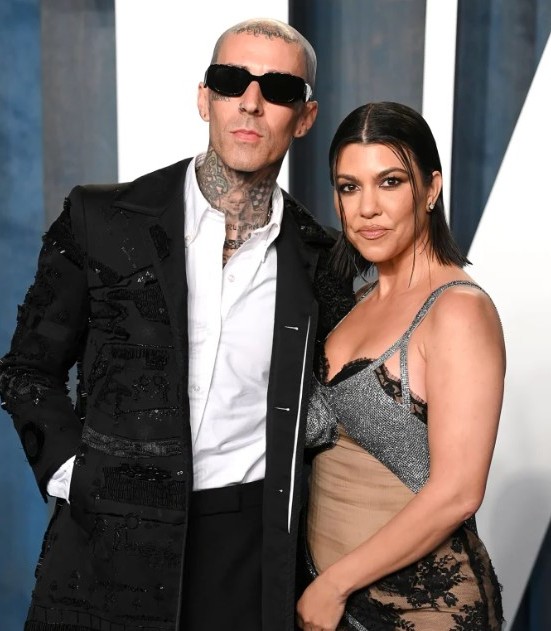 Future older brothers and sisters! The children of Kourtney Kardashian and Travis Barker are ready to expand their family.

The insider noted that the drummer’s son Landon, 18, and daughter Alabama, 16, “got close” with the three Kardashian children from ex Scott Disick: Mason, 12, Penelope, 9, and Rain, 7, adding: “They just want their father to be happy, so, of course, they would fully support anything that makes him happy.”

The Grammy nominee is also the former stepfather of his ex-wife Shenna Moakler’s daughter, 23-year-old Atiana, so he and Kardashian “would like two more “own children” in the dream world.”

A graduate of the University of Arizona told Access on Monday, April 11, that since she and a graduate of Meet the Barkers have three kids at home, they want to limit their family to the “eight” children.

The couple got engaged in October 2021, and later that month, Us announced that they would “without any doubt” have another child.

Courtney “ideally… would like a natural birth,” an insider explained at the time, adding: “She’s sure it won’t be a problem because she’s always been lucky to conceive naturally and she’s taken great care of herself physically. …Of course, she and Travis want their own child to appear in the frame, and if she can’t conceive a child, they will consider other alternatives.”

In the March trailer for Kardashian, the reality TV star admitted that she and the musician “want” to conceive a child. In the footage, the couple attended doctor’s appointments.

The duo’s attempts to have another child were “hard,” a Hulu Entertainment spokesperson told Tonight on Monday. “It’s a beautiful thing that we would really like,” Kardashian added.

Khloe Kardashian then intervened, calling the experience “emotional” for her sister.

Courtney has previously stated about the “peace of mind” she got by freezing eggs. “I am the one who thinks, ‘What is God’s plan? Should I get pregnant myself at 41? Maybe it’s God’s plan,” she said of the process during a segment on the Ellen DeGeneres show in March 2021. “I’m more like that. I think that’s why I never planned. I live in the Disney world.”

Harry Styles explains why he declined invitation to “The Little Mermaid”