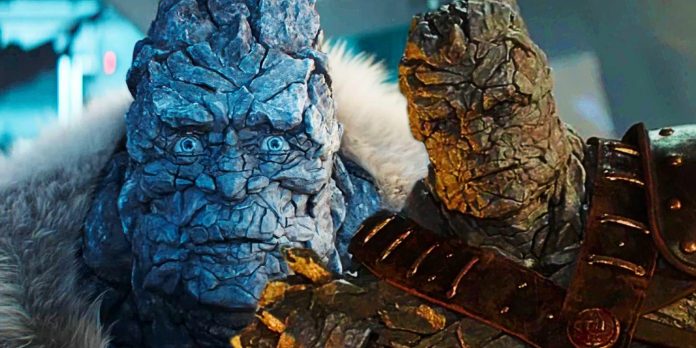 Attention: This article contains spoilers for the movie “Thor: Love and Thunder”.

“Thor: Love and Thunder” has faced several criticisms, but in fact they can be corrected with the help of Korg’s narration. After the success of “Thor: Ragnarok”, Taika Waititi again took part in Thor’s fourth solo adventure. Waititi’s style has always been prone to audacity, and it was his unique, laid-back style that made Ragnarok such a favorite of the MCU. Thor has not been the most popular MCU character for several years, mainly due to the fact that his first two films were considered too serious and lacking a unique spark. Waititi changed that, but people think he may have gone too far in “Thor: Love and Thunder.”

It’s pretty obvious that “Thor: Love and Thunder” prefers comedy and jokes over action and storytelling, which almost makes it the first true MCU comedy. However, this was received ambiguously, as it deviates from the established MCU style. Perhaps even worse was the inclusion of such a terrifying villain as Gorr, the Butcher God who got lost among the jokes. Nevertheless, if you remember who is telling the story, the tone of “Love and Thunder” makes much more sense.

Related: Thor: The joke about the screaming goats of love and thunder hides an alarming truth

Among the colors, characters, and jokes of “Thor: Love and Thunder,” it’s easy to forget that it’s actually Thor’s good friend Korg telling a story to a group of kids. Kronan Korg is literally a reasonable pile of stones, speaking with a muted and calm New Zealand accent. He is loved for his extravagance, and there is no other character like him in the MCU. When you remember that this character tells “Thor: Love and Thunder”, the stupidity of the film makes more sense and, therefore, saves him from criticism for the fact that the film is frankly not serious, because it is Korg who is at its center.

The comedy “Thor: Love and Thunder” works because of Korg’s narration

Korg has always been a lighthearted comic character. When he is on the screen, the audience knows that they are in safe hands, and they are ready to laugh, because the character is very funny. His intimidating warrior appearance combined with his soft and naive inner world allows Korg to tell some of the best jokes and have many perfect witticisms. The fact that “Thor: Love and Thunder” can sometimes seem like a lot of witticisms in quick succession makes sense in this light, given that Korg tells about events. Most of Korg’s dialogues are inherently comedic, and therefore the comedy in “Love and Thunder” has an excuse to become denser and faster under his narration. As for the casual tone of the film and the absence of a villain, Korg has always treated danger with a fair amount of aloofness. So his version of events is likely to be a lot more lighthearted than they could have actually happened.

In many ways, Waititi very ingeniously made this narrative move for the story “Thor: Love and Thunder”. If the film is voiced by a comic character, this is a great way to explain any criticism regarding his copious jokes or that he is too laid-back or too irreverent. The story is told from the perspective of a talking pile of rocks, so of course most of it is likely to be told in a fun way.

How to watch “Downton Abbey”: a new era in streaming —...