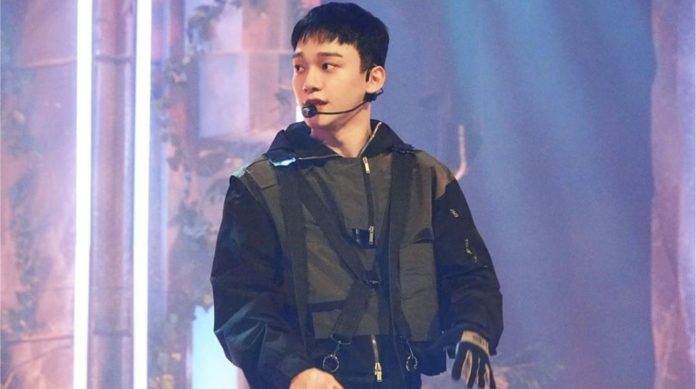 The international fandom showed its great support and hopes that the boycott will stop.

After the controversy caused by the Korean fandom for Chen’s wedding, this weekend there was a protest organized by a group of girls who are against the idol staying in the group. International fans mobilized on social networks to defend the singer. We tell you what happened.

The Korean fandom organized a strike on the outskirts of the SM Coex building, they attended with all the merchandise related to Chen to demonstrate their disagreement over the idol’s actions. Some reporters arrived at the scene to meet their demands.

K-EXOL placed a banner calling for Chen’s departure from EXO, as they believe he has contaminated the group’s image with his new civil status and they believe he betrayed the fandom’s confidence by revealing the news of his romance. WTF

However, with the passing of the hours, they only appeared around 15 girls, who hid their faces and showed a banner with the word “Chen_Out”. The international fas were alleged to be more those who support him in his new stage of life and expect the boycott to stop.

They booked the protest for 200 people but only 27 showed up, it was a flop and exol are thankful it is, we been trending #MyAnswerIsEXO9
#CHEN_STAYS
Truly flop of the century pic.twitter.com/JfFrmsWJBA

So far, it is not known if the Koreans will resume their activities against Chen, EXO has not given a statement on the matter, but the dispute is expected to end.

Vikings season 6: SPOILER reacts to the death of his character!