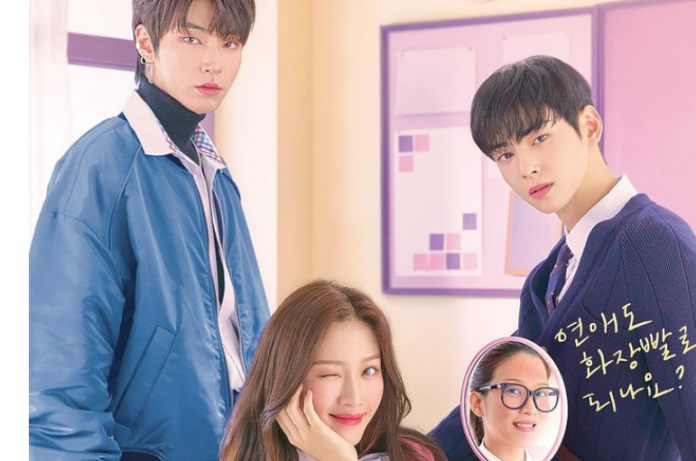 The last month of the year in addition to being cold, will be full of interesting K-drama proposals, know them all.

The premieres of new dramas are approaching, discover the most anticipated releases of December 2020.

December is an ideal time to watch dramas , since the weather is perfect to stay at home, prepare a marathon and finish the episodes of the series quickly. What do you think of the plan?

A new month begins and innovative proposals will hit screens television , in December will launch doramas of fantasy, romance , comedy and historical genre, showing the variety of content to the public.

2020 was not a good year for the world’s entertainment productions, social isolation and the difficult global health situation stopped the filming of movies, series and K-dramas.

Learn about the titles of Korean dramas that are about to be released, among them the Korean version of the famous Chinese drama ‘ A Love So Beautiful’ , the live action of the webtoon ‘ True Beauty ‘. All of these options will excite you.

DRAMAS THAT WILL PREMIERE IN DECEMBER 2020:

A Love So Beautiful.

Stars: Kim Yo Han, So Joo Yeon, and Yeo Hoe Hyun.
This is the Korean remake of the famous Chinese drama of the same name.

Shin Sol Yi is a shy girl, but brave for love, she will do everything possible for Cha Heon to reciprocate her feelings, a third party will interfere in their relationship, who will complicate the story .

Cheat On Me, If You Can.

December 2nd.
Stars: Jo Yeo Jung, Yeon Woo, and Go Joon.
Kang Yeo Joo is a talented and skilled writer of romance and suspense novels, she is married to Han Woo Sung, the couple keep dark and horrible secrets, will her true personality bring them trouble?

December 8.
Stars: Ji Chang Wook, Kim Ji Won, and Kim Min Suk.
Park Jae Won is an architect who enjoys his daily routine, takes pictures, is patient, but inside his heart he still pains the loss of the girl of his dreams, Lee Eun Oh will come into his life to show him the strength of love .

December 9.
Stars: Moon Ga Young, Cha Eun Woo, and Hwang In Yeob .
The drama was inspired by the famous webtoon of the same name.

Im Joo Kyung is a young student who discovers the power of makeup, she transforms after watching some tutorials on YouTube, becoming one of the most popular girls in her school.

December 11.
Stars: YoonA and Hwang Jung Min.
Lee Ji Soo , is an aspiring reporter who stands out for her talents and gifts, Han Joon Hyuk is a famous journalist who has worked for many years as a writer in Maeil Korea , living experiences that have left him sad due to the dynamics of the media .

If you want to know more about the premiere of the new drama, we invite you to watch: Hush , the drama starring YoonA reveals new teasers.

December 12th.
Stars: Shin Hye Sun, Kim Jung Hyun, and Bae Jong Ok.
Jang Bong Hwan is a famous chef who works in the Blue House, where the president of South Korea lives , his spirit moves to the body of Kim So Yong , a beautiful queen of the Joseon period . Will he be able to return to the present?

December 16th.
Stars: Im Si Wan, Shin Se Kyung, Sooyoung, and Kang Tae Oh.
Ki Sun Gyum was a high-performance athlete in the sprinter discipline, he puts his dreams aside and begins to be a sports agent, Oh Mi Joo is a girl who is dedicated to translating content, life will justify its ways in a sweet love story.

December 21.
Stars: Kim Myung Soo, Kwon Na Ra, and Lee Yi Kyung.
‘Secret Royal Inspector’ is a historical drama set in the Joseon era. Sung Yi Gyum works as a royal inspector to eradicate crimes and other acts within the royal court, he, Hong Da In and Park Chun Sam will try to bring order in the kingdom.