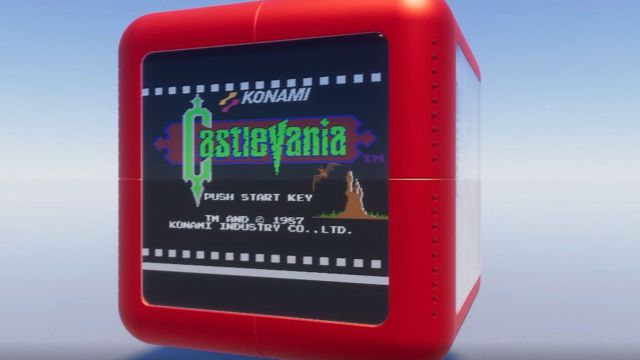 Konami: The Japanese company celebrated the 35th anniversary of the saga with an auction of NFT products related to Castlevania. For some time now, the term NFT has not stopped coming out everywhere. Some companies believe they have found a gold mine with non-fungible tokens. Square Enix admitted their interest in them, while SEGA has stated that they will remove them if the feedback is markedly negative. In the case of Konami, the Japanese have decided to celebrate the 35th anniversary of Castlevania in style. With an unpublished game? No, with 14 NFTs that have been auctioned and for which they have obtained more than 140,000 euros.

All of the items in the brand new Konami Memorial Collection have already been sold for an average of around $12,000. For example, someone paid $26,732 for Dracula’s Castle Pixel Art, while a 3 minute Castlevania gameplay video fetched $17,518.

They can still earn more

This money can be multiplied in the future, since being exclusive digital items, Konami reserves a royalty of up to 10% for each subsequent sale made in the future. Castlevania Memorial NFT is just the first project in this direction. Given the success obtained, it is to be assumed that there will be more attempts soon.

NFTs have caused controversy and drawn criticism among the gaming community. When the developers of Stalker 2 announced their plans in this regard, hours later they were forced to retract before the negative comments that flooded the network. Meanwhile, other companies are keeping an eye out. Experiments with blockchain technology don’t exactly seem to be coming to an end any time soon.

The number of users of Apple Watch made the company a...

How To Not Appear Online On WhatsApp