Home Entertainment Konami will Not Go To E3 2021, But Has “Several Key Projects... 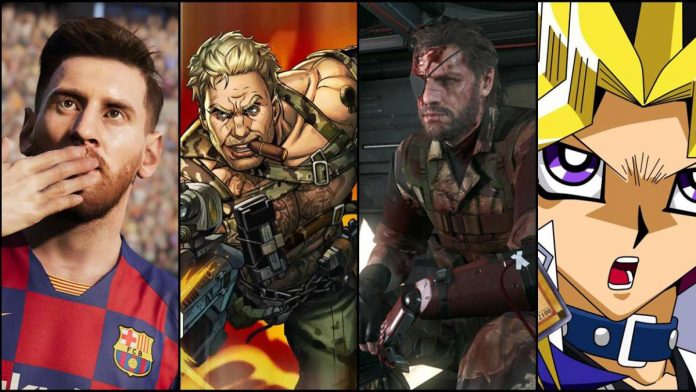 Konami: The Japanese company surprises by stating that, despite being absent from the Los Angeles fair, it has several video game projects in development. After several years where it seemed that Konami’s only interest was pachinkos, finally something is moving in the Japanese company. To the continuous rumors of a remake of Metal Gear Solid and a new edited game, now there are official statements by which they assure that, despite being absent from the next E3 2021, “there are several key projects in development”.

This has been stated in an official statement from which we give off both important news. On the one hand, that Konami will not make an appearance at the Los Angeles fair, which will take place between June 12 and 15, and on the other, that there are video games in development.

“Due to the times, we will not be ready to be present at E3 this year,” they say from the editor, among others. “We want to assure our fans that we have a number of key projects in development, so please stay tuned for updates in the coming months. We are not participating this year, but we have a lot of respect for ESA and we know that 2021 will be a great success. We will continue to support ESA and wish the participants in the show the best. ”

What does Konami work on?

However, at no time in recent times has any of those projects transcended. It is certain that Konami is working on the next installment of Pro Evolution Soccer, since in fact, the franchise has now acquired the exclusive rights of Napoles, after taking those of Juventus and Roma from Electronic Arts, which despite everything, it still maintains, also exclusively, the juicy rights of the Premier League.

From there, it is expected that the company will work on some of its most popular IPs, among which stand out, neither more nor less, than Castlevania, Metal Gear or Silent Hill, of which there has been no news for too long .

Army Of The Dead: Movie Watched By Zack Snyder Has Been...