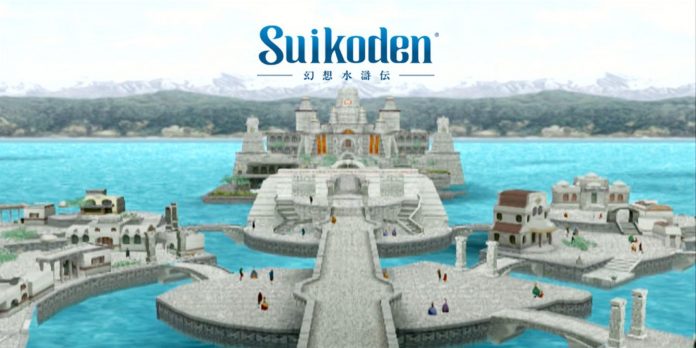 Konami has updated its trademark for the successful Suikoden role-playing game series, sparking rumors and excitement over a possible announcement at the upcoming Tokyo Game Show. For many gamers, Suikoden is a JRPG series that needs a reboot. The award-winning franchise, which first appeared in 1995, has been inactive since 2012, and the last entry in the main series was Suikoden 5 in 2006.

People are already excited about Eiyuden Chronicle: Hundred Heroes, a crowdfunding game from the original Suikoden team, which is being touted as the spiritual successor to the series. But, no doubt, many fans would be thrilled with the announcement of a new game in the Konami franchise. The Suikoden series has maintained its fan base over the years, spawning spin-offs, cameos in other franchises, and even a manga adaptation of Suikoden 3, which was published in 2004.

Now it has become known that Konami has applied for an extension of the Suikoden trademark at the end of July, just in time for the Tokyo Game Show, which will begin on September 15 this year. Konami also recently announced that voice actor Yuki Kaji will be a guest representing the company at TGS, which further fueled rumors that a Suikoden announcement could happen at the event. Kaji, in particular, voiced two Suikoden games: Suikoden Tierkreis for DS in 2008 and Genso Suikoden: Tsumugareshi Hyakunen no Toki for PSP in 2012.

The company’s presentation at the Tokyo Game Show is scheduled for September 16 and will last approximately 45 minutes, and it has already become known that Konami plans to announce news about the “favorite” series during the event. Speculation about what kind of favorite game it might be covers everything from Silent Hill to Contra, Metal Gear Solid and even Dance Dance Revolution. But with the recent trademark update, fans are now throwing Suikoden into the running as well.

Konami owns licenses for a number of iconic IP video games, and in June the company already announced that Super Bomberman R 2 will be released on the Nintendo Switch in 2023. there are many possibilities of what can be announced on TGS so that anyone can be sure before the actual disclosure.

The Suikoden series is originally based on the Chinese novel Water Margin, and each part of the franchise leads players through a story of political intrigue, warring factions and a variety of characters who contribute to the incredibly deep knowledge of Suikoden. If the “favorite” game that Konami hinted at at the Tokyo Game Show is really Suikoden, many gamers will most likely leave the presentation very excited.

Becca Tilly talks about how Hayley Kiyoko “inspires” her, and about...